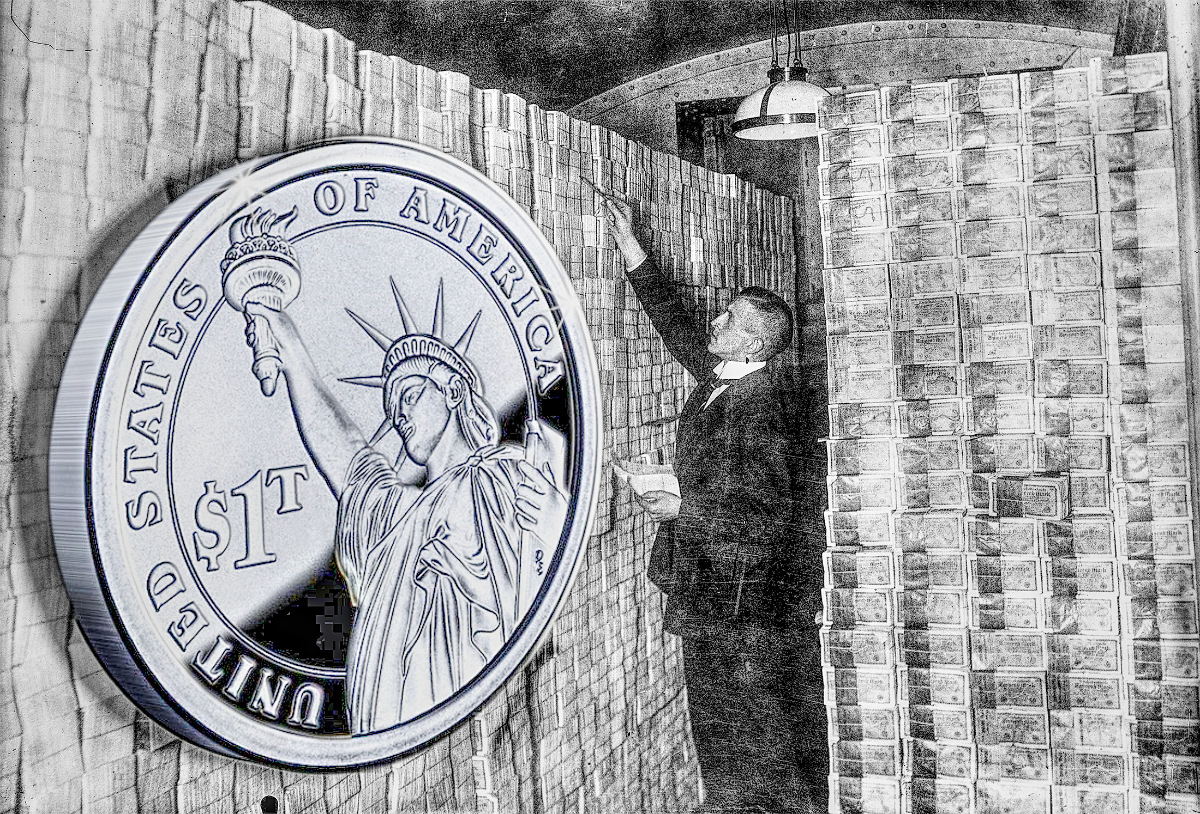 As America is set to default, and lose its AAA status, thanks to the insane leftist spending sprees of the incompetent Biden administration, ordinary Americans are being hit by the beginnings of hyperinflation leading to another Great Depression. Joe Biden’s America is a nightmare configuration of maladjusted variables leading to a hell no one in their right mind would ever want.

During the Weimar Republic’s hyperinflationary disaster of 1923, German citizens were literally going to the shops with fucking buckets of worthless money to buy a single loaf of bread or an apple. As the U.S. Treasury continues printing money, there comes a time when the paper is deemed useless. They can forge as many trillion dollar coins as they want as well, the economy just turns into something worse than Zimbabwe or 1923 Germany.

Biden’s America is a place where insane Democrat socialist/communists are now pushing for a 3.5 trillion spending plan on profligate socialist pet projects that will be sucked up into nowhere and pissed out onto the tented streets of Philadelphia, and other Democrat run states. This is why the likes of Ocasio-Cortez are crying into their copies of Das Kapital as they beg the Senate to pass the spending-spree bill so the money can be pissed away as fast as possible.

As for the stock market, there have been tiny tremors of late, and this is where we come to the insanity of the entire situation, because the fundamentals, the concrete shit does not add up to the fake market rallies. What has been keeping the market going up solidly for the last five years is something that baffles many people, but there will come a time when whatever is artificially propping up the market will suddenly pull the rug from under it, resulting in an almighty fall that will catch many investors and institutions with their pants down.

Certainly, something large is coming down the pike, and this market malaise is also tainted by the Chinese property market, with the likes of Evergrande leading the way. The market repercussions will be felt from Shanghai to Texas as this behemoth goes under, taking many others with it. The Chinese Communist Party, who are now rejecting capitalism and installing many economic restrictions in China, are done playing with the capitalist play book and are now looking back into Chairman Mao’s little red book.

What can the everyday consumer expect from all of this? Expect products to increase in price, and decrease in quantity. Already under Biden, fuel prices have increased by over 250% in some states, and this is all down to Biden’s socialist policies and incompetence. As commodities increase in price to ship/source, this unfortunately is transferred to the consumer who has to foot the bill. For Americans, the cost of living has always been cheap, and they would never dream of paying the prices Europeans pay for their produce, but under Biden, this will become a reality as the value of the dollar will eventually sink into what amounts to worthlessness. The dollar is not backed by anything solid apart from debt, and with a 29 trillion dollar debt, and over 170 trillion dollars in off-balance sheet liabilities. The realised U.S. debt is set to hit 89 trillion dollars by 2029, but only if America still exists by then.

The people who installed the incompetent deranged buffoon Biden as president most certainly knew he would bring America to its knees, as this is part of the agenda of progressive change prescribed by those who control things. Instead of uplifting the economy with jobs; negotiating better trade deals, increasing manufacturing and decreasing prices of goods for consumers, Biden is doing the opposite of what Trump achieved. All of this is for a very good reason, and it’s called the Great Reset, when the only people who will own anything will be the billionaires and corrupt officials, but to achieve this goal, the controllers know that they will have to reduce the populations further. Through increased poverty, virus death, civil unrest, and possibly a war or two, they may achieve their goal eventually within the next decade or so.

Folks, this is reality, this is Joe Biden’s America…