EU Führer Ursula von der Leyen is so angered that Britain is creating global world trade deals worth Trillions of pounds and that global exports outside the EU have increased by 2.1% since 2019, whilst EU exports have dwindled by 29.4%, that she has furiously ordered dozens of EU-boats to sink supply shipments to the UK.

“Quarter 1 2021 is the first quarter since records began in January 1997 that imports of goods from non-EU countries are higher than from EU countries.”

Von der Leyen has ordered a blockade across the Atlantic as well as picking off convoys passing through the Gibraltar straits, and for EU-boats to patrol the Mediterranean.

Obergruppenführer Frans Timmermans has been put in charge of the production and maintenance of the EU-boats which will be stationed all across the Vichy French sea wall.

Meanwhile, in Blighty, non-EU trade deals are being pulled out of hats at such a great rate, Remainers and Brexit doom sayers have all been shut down, their silence more telling than anything else.

Liz Truss, Britain’s International Trade Secretary, is some kind of superwoman who deserves her fair share of medals from HRH for her services to enriching Britain with global trade deals worth Trillions.

CPTPP offers 95 percent tariff-free trade on goods between members and advanced provisions for services and digital trade. But unlike when we were in the European Union, we will remain a fully sovereign nation as this partnership is purely about free trade.

We have already secured nearly £900 billion in trade in covering 66 countries plus the EU. But Global Britain is just getting started. Joining CPTPP and striking an ambitious trade deal with New Zealand would take this to new heights.

By satisfying the growing global appetite for high-quality British goods and services, our businesses will have more money to invest in their future, whether it involves hiring more people or expanding their operations.

We will bring home the benefits of free and fair trade to every region and nation of the UK. As the Fraser of Allander Institute found, around 6.5 million jobs across the country are estimated to rely on exports. Put simply, Global Britain means local jobs. 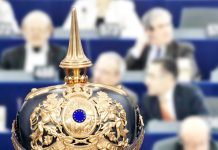