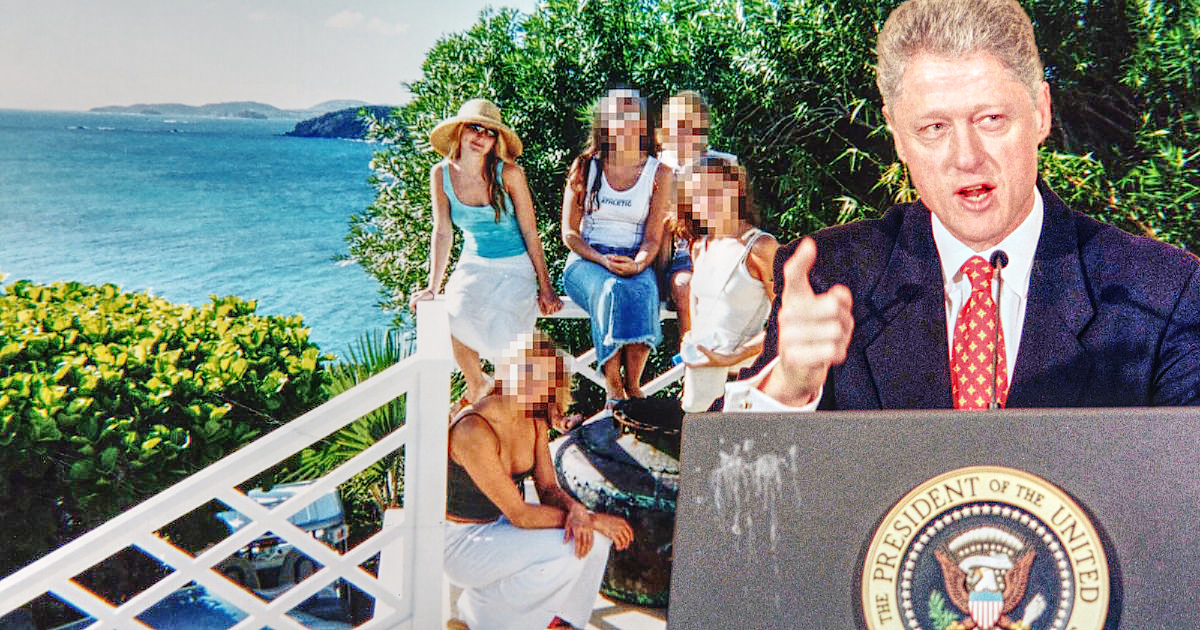 The video evidence doesn’t lie, and these clips may one day make their entrance on the internet. Unsealed court documents at the Ghislaine Maxwell hearing reveal that former president, Bill Clinton was fervent user of the Epstein island and its many amenities.

Are we going to get another Monica-esque speech from Slick Willie stating emphatically that he was never near the island, and did not have ‘sexual relations’ with those young women despite the blatant evidence?

The fact is, because Bill Clinton’s a Democrat, he could rape five women in a Walmart, filmed by shoppers and their mobile phones and still get away with his crime. In fact, the American media would probably praise him on his prowess. If anyone else were to commit such crimes, then all hell would break loose.

These are protected individuals, and are effectively above the law, so there will be no repercussions for Bill Clinton however sobering the evidence is.

“Democrats are above the law in America, and the media bias is so great that they can get away with literal murder on TV. Rioters can loot and shoot people, and this is deemed as peaceful protest by the socialist leaning media. If Bill took his cock out and sprayed the face of some unfortunate woman in public, he would be praised and the woman would be called a Republican fascist,” one former Democrat voter revealed after reading the lurid Clinton details.

One has to remember there is never any middle ground in American society or politics. It is either an extreme left or right stance, black or white, hot or cold.

What about Hillary Clinton? What is Hillary doing now?