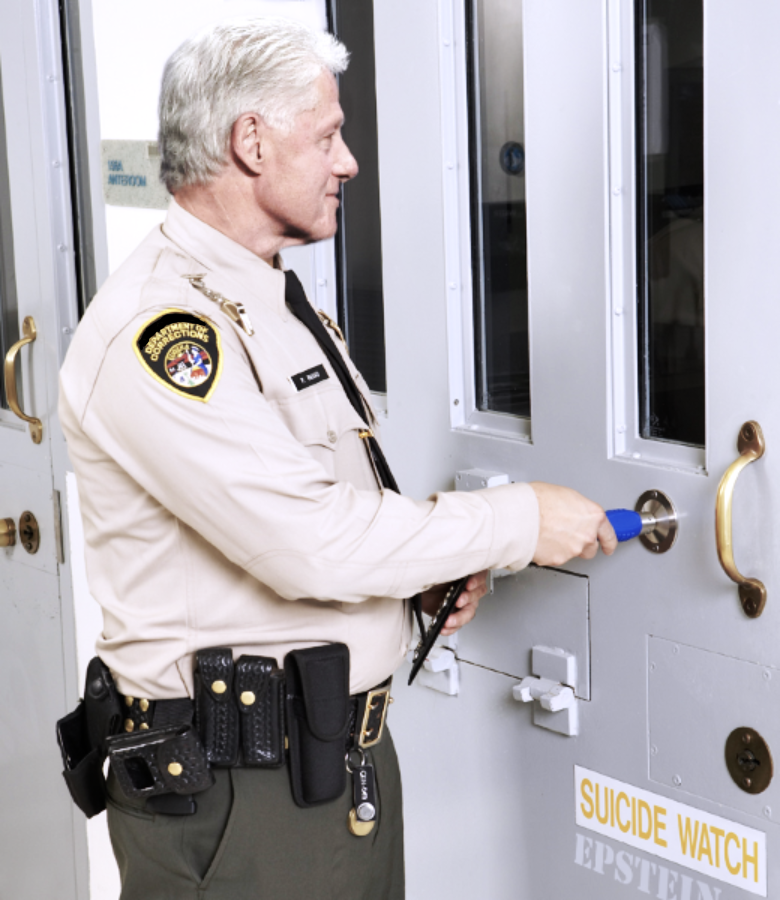 Some very powerful people are sighing in abject relief after a certain guy called Jeffrey Epstein, has wound up dead in his jail cell.

“Nah! You don’t say, Epstein is dead? Nah, I don’t believe it,” one man said in disbelief sarcastically.

Naturally, the people who benefit from this erasure, are now thanking their lucky stars because they could have been in some serious shit.

Prince Andrew, decided on a slap-up meal at some restaurant in Woking of all places on the news of the deletion, as Bill Clinton and other protected individuals celebrated as well.

The fact that it would have been “impossible” for someone to take their own life in the units Epstein was staying in is neither here nor there.

Between the floor and the ceiling is a distance of eight or nine feet. There’s no way for anyone to connect to anything, and a steel frame bed fixed to the floor, with no light fixture and no bars.

Inmates are given paper-like sheets and rubber pens, so they don’t have access to anything sharp.

According to reports, the unit was mysteriously put on lock down just before Epstein’s death, with no access for lawyers or anyone. Security cameras were also conveniently switched off.

A clean job, and hopefully all will be dusted under the carpet soon. Forget about it, nothing to see here folks..move along now..