Comrade Corbyn (aka Agent Cob) who was a Soviet spy in the 1980s during the Cold War, has revealed how he will change the face of Britain once Labour comes into power.

“Not only will I bankrupt the country with my Marxist techniques of ruination but I will employ hundreds of thousands of Stasi agents to infiltrate every part of your lives. Forget about Facebook or Google knowing everything about you on the internet, we’re going to know about it on the ground. We will find out more about you than your family will even know, and not only that Comrades, we will also use any information we find against you. This in Politburo or Stasi circles is called Kompromat.” 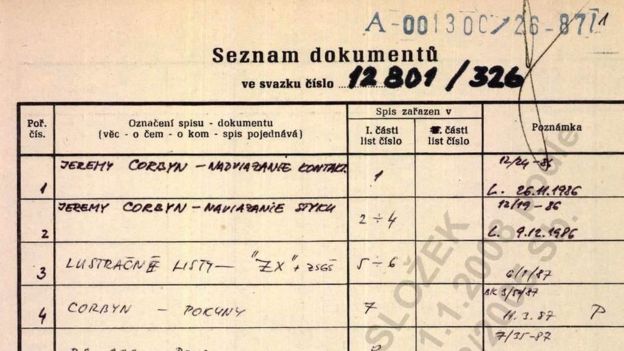 Under the last Labour government that plagued the country for many horrible years, they brought out more CCTV cameras in Britain than people. This created a country where you are filmed everywhere you go, creating a spy nation network of cameras that tracked and traced people day and night.

“We do this for your own protection”

“We will encourage young children to be our eyes and ears for the Stasi. They will be encouraged to report anything suspicious or if anyone says bad things about the Labour party. Even if it is your mother, father, brother or sister, these Stasi children will report their disloyalty to the Marxist Labour state, and the offenders will be arrested in the middle of the night and sent away to re-education camps somewhere up North. All good Stasi child agents will be rewarded with an increase in their chocolate rations.

“This our pledge to you comrades. Not only will Labour destroy aspiration, not only will we ban the ownership of private property, but will bring equal misery to the populace by integrating a Stasi system of fear and terror. Thank you comrades, we can count on your votes. Remember, the British system of elections is easily corruptible. We expect all indoctrinated students in Britain to vote two or four times each, and all other Labour voters to vote as many times as they can for our party. Thank you comrades, for voting for your own imprisonment within a stifling Stasi system that will make East Germany look like a holiday camp.”