Home World Verhofstadt: “The EU Empire Has to Constantly Expand or Die” 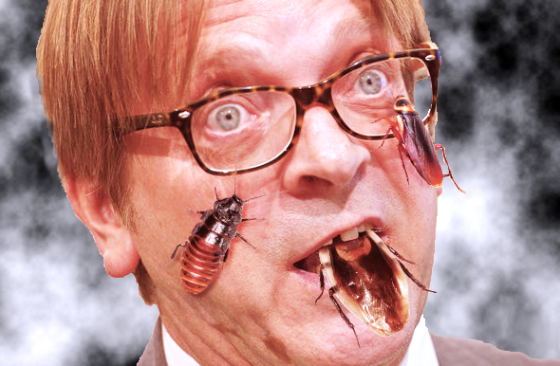 Speaking at the Marxist den of inequity, otherwise known as the Lib Dem yearly conference, Guy Verhofstadt revealed why Britain was wrong to leave the dangerous, dying EU empire.

“Why is Britain trying to leave an EU empire led by Germany? Our empire is a dangerous European soviet construct which is now building up a dedicated army that will directly threaten our neighbours, especially Russia. You Britons must stay in the EU, so we can send your young boys into battle to be in the front lines, and have their legs blown off by Russian shells. Join us!”

Spitting his EU Soviet collectivist rhetoric at the conference, Verhofstadt is certainly dedicated to the communist empire Soviet European Union, a place that has to keep expanding or die.

“All empires throughout history have had to keep expanding on a constant basis or die. This is why, just like the Third Reich, the Soviet Union, and the Roman Empire, the EU will have to expand its borders eastwards. Yes, we are talking about Ukraine, which we will take into our fold, and we will take the whole country, even the part the Russians are playing in. From there we will take Moscow and go further than Napoleon or Hitler. This is the destiny of the EU, and we will expand our EU Soviet Empire to take over the whole peninsula.”

Loud applause rang out from the Lib Dem audience, some whistling, others crying with joy, as their dedication to the EU Soviet is so engrained it makes up their entire existence.

Jo Swindler, the Lib Dem leader adjusted her pushed up tits after Verhofstadt’s speech and took to the podium to speak of her love for the EU Soviet agenda which is playing every trick in the red book to keep the UK in the communist bloc.

“We will sabotage Brexit because it stands for freedom, democracy, low taxes and lucrative trade deals with the USA and other global nations. We do not want to be free, we want to be slaves to Germany and France, we want them to tell us what to do, we want them to dictate every part of legislature, and what we should do, and what we should say. We do not want to control our own laws or borders, we strive for Soviet enslavement and anti-democracy.”