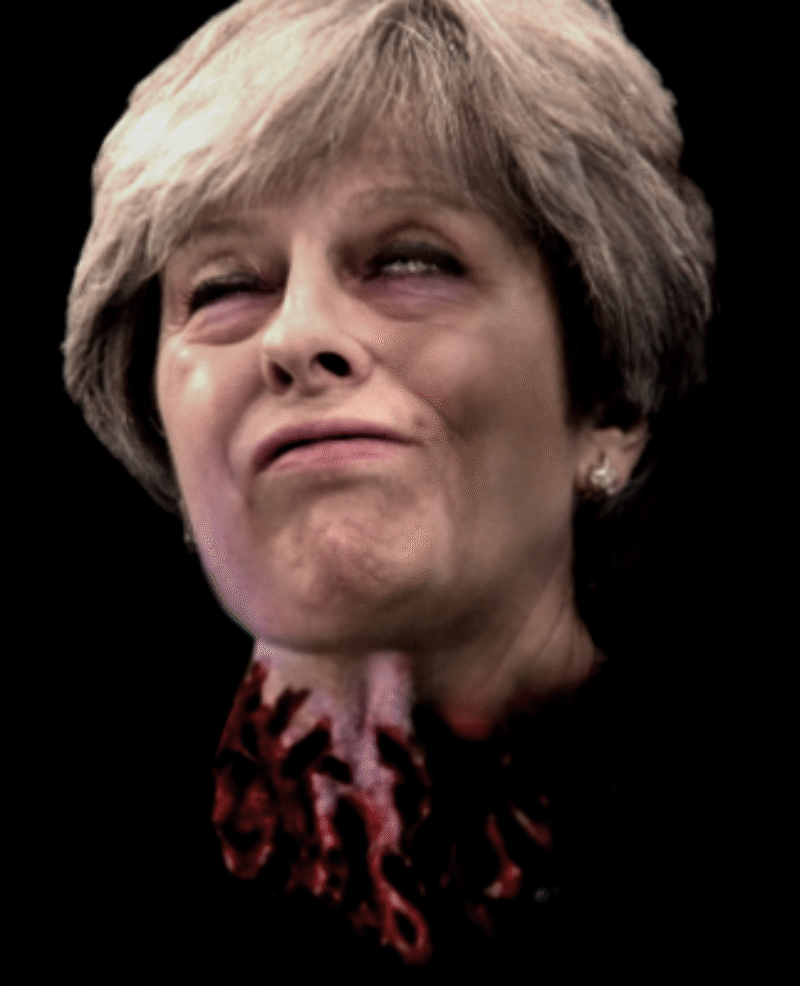 Surrender used to not be part of the British vocabulary or national spirit but Theresa May has shown it is in her view a viable option by betraying Brexit.

Mrs May has now completely capitulated to the Remain contingent and is actively following a policy of staying in the Customs Union, the Single Market and allowing free movement to continue. Her policy will be enabled by gaining votes from staunch Marxist, Jeremy Corbyn and his party of Remainers. Britain will thus fork over £39 billion for nothing to the EU and not have a seat at the table whilst effectively staying in the EU.

It is also the fault of the cabinet members who are meant to be Brexiteers to not show one ounce of a backbone by staying silent and enabling the PM to run rogue.

May is therefore bypassing 75% of the Conservative party to bring in the soft non-Brexit which goes against everything the people voted for on June 23, 2016, in the EU Referendum.

The disgraceful PM Theresa May is now a party to destroying democracy in Britain through her Brexit betrayal and will go down as the worst prime minister in Britain’s history, one who completely surrendered to foreign forces not only destroying her party with over thirty five resignations so far, but by her complete intransigence and neglect of her position by reneging on her own election manifesto to honour the people’s vote to leave the EU.

Britain will now not be able to trade with the USA or other parts of the world but will be locked in to the EU.

By vetoing her own cabinet members and party she is effectively acting like a dictator who has gone rogue.