Home World Death of the Internet: How Article 13 Will Affect You 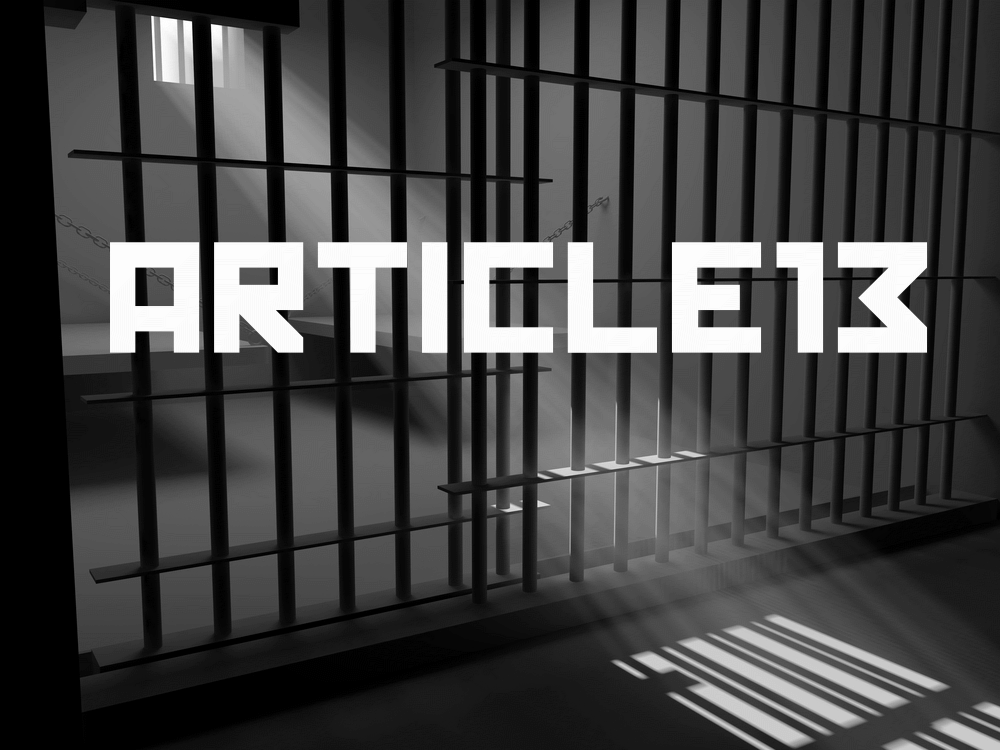 EU directive Article 13 which passed into law yesterday will have many consequences for users of the internet.

Social media companies and internet hubs which utilise the content of uploaders will now be liable for copyright, and will be prosecuted if found to post anything that contravenes EU law. They will thus do everything in their power to screen posts before publishing them on their platforms creating massive backlogs of material that could take days and weeks to go up online. There will not be any instantaneous posts anymore.

This means 98% of YouTube’s content will be liable for copyright as it stands today. We are talking about gaming videos, product videos, and any video that uses footage from a third party source which is about 98% of YouTube content.

Those who make money through making videos streaming games will see their revenue drop to zero on YouTube and gaming social networks. These people are essentially playing and streaming copyrighted games without much transformative effort to deem it as original or unique.

There will be an increase in copyright abuse by copyright trolls who will utilise the EU directive to shut down content they do not agree with. This will also be used as a political tool to shut down the voices of millions of people on the internet who may have opposing views to whichever regime or political doctrine is in power at any time.

The other EU directive, Article 11, which is dubbed the ‘link tax’ will also punish internet users for linking to news sites or quoting articles.

In essence, what the new EU directives will do is kill off much of the creativity on the internet today. Creativity is an essential conduit for humanity’s movement forward as a species, but if we are not allowed to be creative anymore, many ideas are lost, many new ways of thinking are lost, art and science is lost. The EU and its soviet superstate wishes to subdue human creativity and to stop the sharing of creative ideas for a good reason, they see this as a threat to their existence and do not wish the people to think lofty or high thoughts.

The EU is thus pushing to control human thought by limiting what they can say and do, to subvert entrepreneurism, to subvert the proliferation of new creative products, and to ultimately silence any political thought that any particular user on the internet may have.

This dystopian EU nightmare is one that George Orwell, if he were alive today, would have nodded his head and understood. It is what the Ministry of Truth would have observed, and the world of 1984 where the dictionary shrinks every year, and people are taken away for Thoughtcrimes.

Your Thoughtcrime will now be controlled by copyright. As a tool to control thought and to police the internet the EU has come up with a very effective punishment and they will use the social media companies to exercise their Stasi Soviet censorious policies.

Already we are seeing much of the internet being ruined by internet monopolies, but it’s going to get a lot worse, because the other big kid in town, the EU wants to fuck you into non-existence and keep only the big mega companies and media conglomerates, you and your voice are not needed anymore, and they will not mourn you, because to them you are just another crushed insignificant cockroach.