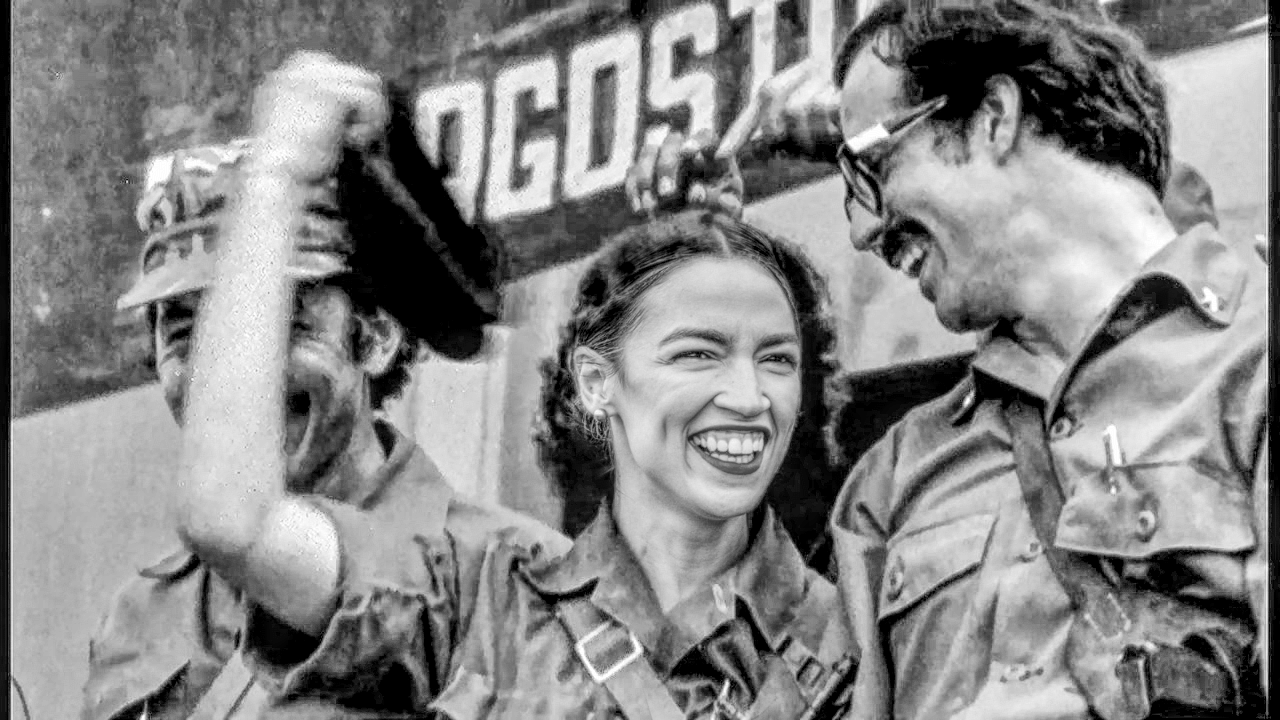 Guerilla warfare is something Alexandria Ocasio Cortez has grown up with her whole life.

“I, like many socialist activists grew up with the literature of Saul Alinsky, Karl Marx and Trotsky, so during recess I want to go to Nicaragua to join the Sandinista National Liberation Front. They will teach me how to hunt down anti-soviet elements, preach Marxism to peasants and maybe shoot a few capitalist scum bags,” Cortez told a group of Congressional members on Friday.

“We want her to bring back to America what we teach her, and she says she wants to use her newly learned methods to create a Green New Deal Revolution in the USA, where all borders will be opened, where all millionaires and billionaires will be hanged, and where all cows will have plugs placed in their butt holes so that they do not fart anymore and create greenhouse gases. She also like chilli, we have here in the jungle so much chilli, this is all we eat. Chilli and beans, makes us fart like anything though, but not like cows.”

Ocasio Cortez will join a nine-member National Directorate, composed of three comandantes from each Sandinista faction in the jungle at a secret location. The Sandinistas need funds to buy weapons, so Cortez will also learn about coca production to make cocaine, which is funnelled through the Bahamas and then onto Miami. The money made is then used to purchase AK-47s and other military gear.

“I love Ocasio-Cortez because she has so much energy and the collectivist Marxist ideology runs through her veins like liquid nitrogen. I am too old now, but forty years ago, I would have gone into the jungle with her at the drop of a Che Guevara beret to fight the counterrevolutionary forces. Her big bug eyes, they’re always moving left, right and sideways, this means she is always thinking, always on the go. We need revolution in America and she is the one to do it.”