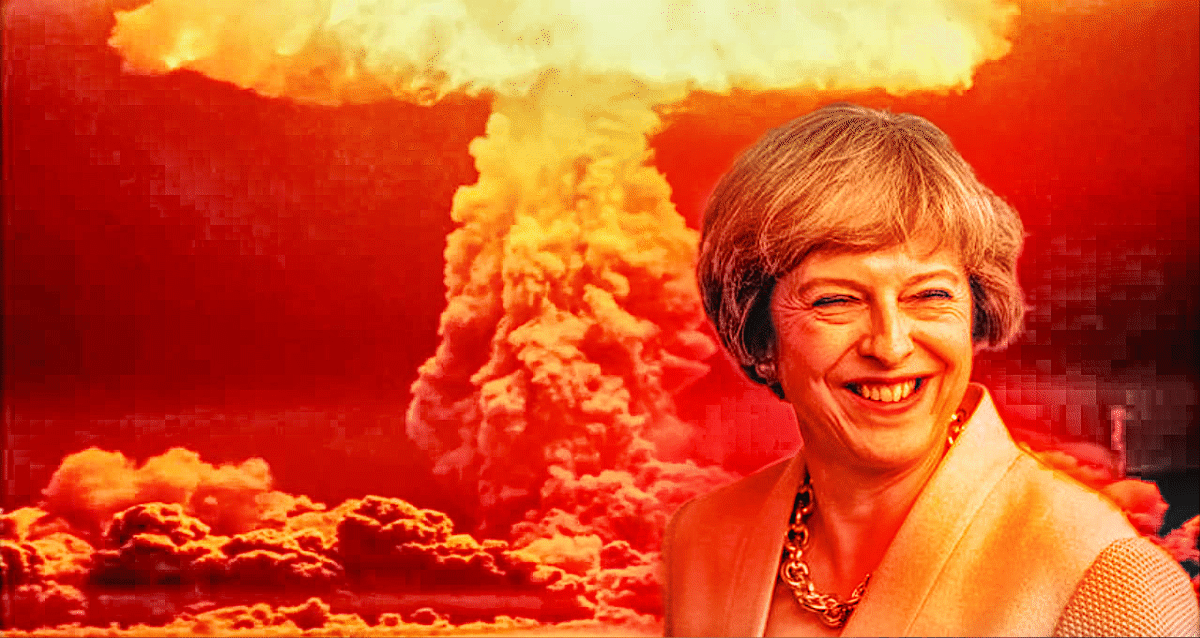 Time is running out, according to a global think tank, Strategic Universal Coalition Kraft, who determine that the acceleration of military might in Russia and China is outclassing anything that is happening in the West.

“Russia recently unveiled a hypersonic ‘glider’ called Avangard, active under the Red Banner Missile Division, which is based in the south Urals. This terrifying weapon travels at 20 at times the speed of sound, is invulnerable to any air defences, and can strike a target anywhere on Earth ‘like a meteorite’, according to Vladimir Putin.

“Russia’s ‘Satan II’ missile can carry up to 24 Avangards, which means one fully-loaded nuke would have enough firepower to wipe out all the major cities in the UK in one fell swoop.

“China is developing a satellite system that can spot submarines at a depth of 500 metres which would render most fleets of Western nuclear submarines redundant and traceable.

“Project Guanlan, meaning “watching the big waves”, was officially launched in May at the Pilot National Laboratory for Marine Science and Technology in Qingdao, Shandong. Song Xiaoquan, a researcher involved in the project, said if the team can develop the satellite as planned, it will make the upper layer of the sea “more or less transparent”.

“The device is designed to generate high-power laser beam pulses in different colours, or frequencies, that allow sensitive receivers to pick up more information from various depths. Those laser beams can scan an area as wide as 100km, or concentrate on one spot just 1km wide. It will be used in conjunction with a microwave radar, also mounted on the satellite, to better identify targets. Although the radar cannot penetrate water, it can measure the surface movement with extremely high accuracy – so when a moving submarine creates small disturbances on the surface, the radar will tell the satellite where to throw the laser beam.

“These are just a few examples of a myriad of programmes that have already been developed and are being implemented as well as programmes in current development threatening the UK, and its NATO allies.

“While other nations are spending on military hardware and upgrading their systems, the UK is falling by the side. The Ministry of Defence faces a £15 billion shortfall in its budget for the next ten years, and is barely functioning as of right now.

“The National Audit Office said that the MoD’s equipment plan – used to fund military hardware including combat aircraft and submarines – “remains unaffordable”, with the department itself forecasting a £7bn gap between now and 2028.

“The situation is deteriorating to such a level that the MoD is currently considering whether to pause a raft of big projects under the Modernising Defence Programme launched by ministers earlier this year.

“This disgraceful negligence by current and past governments puts the UK in considerable risk not only now, but in the future. If it does not remedy these gaps in funding, and increase spending immediately, Britain will be a sitting duck in any future conflict.

“Not only should the government increase military spending by at least 60%, it must also implement a national program for all citizens of compulsory military service, healthy males 17 to 21 years old will serve in the armed forces for 18 months. Compulsory conscription during peace time is a necessary preparation for future conflict coming soon.

“The UK, must also expand its military preparations and increase cooperation with its allies, as they will be needed to bolster our defences when the conflict begins.

“The UK must increase its army of hackers, because the conflict will most probably start with a massive cyber attack, which will seek to shut down Britain’s infrastructure, power, water, and transport. GCHQ must receive an increase of funding that will enable it to counteract an immense coordinated cyber attack.

“If nothing is done now, it will be too late when the conflict commences. There will be little or no time to react with any purposeful force.”