“I will not be reading the New York Times anymore because the views expressed in that rag go against my principles of mass torture and genocide,” Mr Rumsfeld said to a salivating Fox news presenter.

Instead of looking at different points of view from numerous people, Mr Rumsfeld said that he would carry on subscribing to the weekly publication, the Torture Times, published in Austria by Fritzl publishing.

“Under our orders, over a million sand people in Iraq were killed. Now I don’t know where Mr Krugman got off in saying the things he said about how 911 was hijacked by our administration to commit shameful acts of destruction and cowardice on a bunch of unarmed Iraqis so that we could get a foothold in the Middle East and take their oil. Don’t be talkin’ trash. We went there to liberate Iraqis from life, after they invaded us on 911. We gave them justice and they got what they deserved for living in their own country,” Mr Rumsfeld added.

After a round of applause and cheering from the studio crowd in the Fox studios, Mr Rumsfeld, then bowed and said: “What we did after 911 was a known unknown known, and what we did not do, was an unknown known known, so if you multiply the knowns by the unknowns, then divide them up by the unknown knowns, what do you get? Shieet, I don’t know? Let’s just do some more extraordinary renditions, waterboarding and torture more of those goddamn sub-human Arabs.” 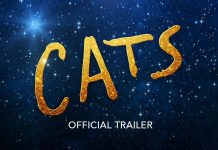