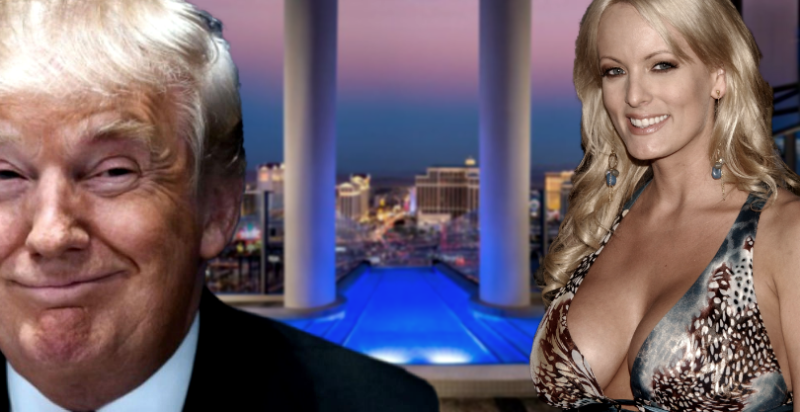 So what if Donald Trump hired some floozies for the night in some Las Vegas hotel? He is after all the Teflon Don where nothing sticks to him. He can get away with anything and no one can do anything about it.

“They can have recordings of the Donald banging some waitress from a dive bar somewhere in Greenwich Village, and he would get away with it. The Dems are going crazy trying to get something to stick to Donald, but it just ain’t working. Sure, there’s some collateral damage with people previously involved, but they take the hit — he doesn’t,” a White House insider revealed on Wednesday.

Nothing to see here folks

The Manafort and Cohen fiasco are just a minor blimp in the Trump presidency. This is obviously a coordinated attack by those who have been digging for dirt for some time, and have come up with some weak links who have decided to rat on the Don.

What happens to rats? No one likes a rat, and in the end, they get hit some way or another. Doesn’t matter if the Feds are protecting the rat, the boys eventually get to them.

Best thing for Michael Cohen is to get some plastic surgery, a new name, new identity and a one way ticket to some Third World shit hole where he can live the rest of his life in complete obscurity.

As for the ladies involved, shame on you for exploiting the Don. These women, luminaries of movies like Missionary Impossible, and Saturday Night Beaver crossed the line by blabbing. What happened to professional behaviour and courtesy when it comes to their clients? So, the guy became president, and all you saw was a big fat pay cheque?

One can imagine the Don flicking through some grot mag or watching a video in his study away from Melania, who is out shopping again. For him, these girls are lined up in a catalogue ready for order. Picking up the phone, the Donald calls up his fixer, and the deal is fixed. It’s really that easy when you are in the position he is in, and which man would not do the same? You see them in the magazine, order them up, next thing you know you’re balls deep smacking away like you’re digging for blood diamonds in Rwanda with a face that doesn’t believe this is actually happening.

You got to be honest though, Melania is simply a trophy. She can’t speak English very well, and is colder than a slab of half frozen tuna. The Slovenian first lady seems so cold in fact, one would probably have to delve very deep to even get some sort of emotion out of her. That is, of course very different from the warm, giggly homegrown American women who smile at the drop of a hat, or underpants, and are very free with their undersheet work as well as having the uncanny ability to suck golf balls through hose pipes. No wonder the Don has to escape the cold and come back to good ol’ American warmth time and time again. It is certainly doubtful that Melania has a sense of humour, like most Eastern Europeans, they are baffled by such frivolities and can only scowl.

Let us not disparage the Don, he is made out of pure Teflon, and he will get through this little hiccup like he has done all the other hiccups. In polls, Trump is in the 50s, and his voter base is as strong as ever. Whatever mud the Dems sling at him falls way short and does not even hit the Teflon, as his millions of fans love the Don and what he does. So what he banged a few magazine ladies, there is absolutely nothing wrong with that. In fact, polls record a rise in popularity as each lurid detail is revealed.

One thing is for sure, the Dems are now more hated by the majority of the American population with their inability to let the election result rest in peace. The socialist Dems are wailing, scratching their eyeballs out with ways to screw Trump but every attempt looks sadder than the other. It is a truly sad sight to see these bitter vindictive losers going on and on with the same old broken record. Get over yourselves. You lost! Move on!