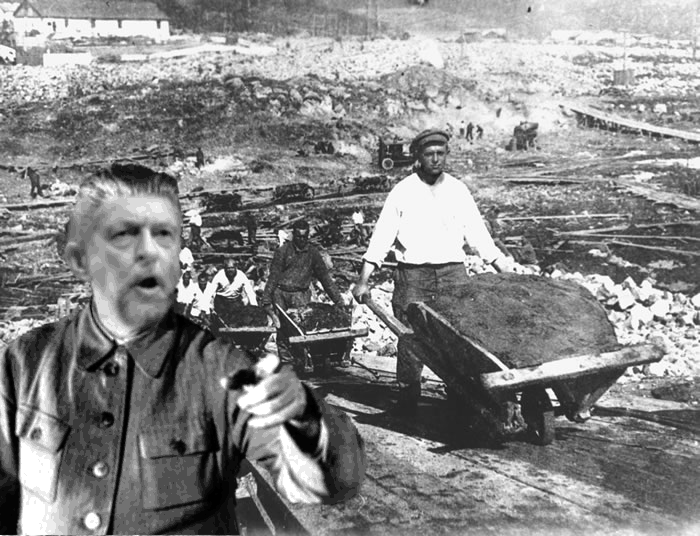 Former Soviet-era spy, Agent Cob, aka Jeremy Corbyn, the leader of the Labour party, has revealed his vehement anti-semitism to his followers.

Speaking from his dacha in New Malden, the ex-spy revealed his final solution for the Jews.

“Stalin, is a great hero of mine. He put millions of Jews into the gulags in Siberia where they perished from hard work and certain starvation. When I am leader, I will solve the Jew problem by putting them all in gulags in Northern Britain, which some say is a worse fate than being in Siberia.”

Now that Labour is aligned with anti-semitic policies, when it gets into power, it will purge Britain of Jews as it views them as zionist infiltrators to the Soviet British cause.

Momentum, a radical arm of the Labour party will spearhead the purge initiative, by disseminating anti-Jewish propaganda.

The Labour party under Jeremy Corbyn will thus rid Britain of Jews, such is their vitriol and hatred towards them.

After the foundation of Israel in May 1948, and its alignment with the USA in the Cold War, the 2 million Soviet Jews, who had always remained loyal to the Soviet system, were portrayed by the Stalinist regime as a potential fifth column and labelled Enemy of the People.

Despite his personal dislike of Jews, Stalin had been an early supporter of a Jewish state in Palestine, which he had hoped to turn into a Soviet satellite in the Middle East. But as the leadership of the emerging state proved hostile to approaches from the Soviet Union, Stalin became increasingly afraid of pro-Israeli feeling among Soviet Jews.

His fears intensified as a result of Golda Meir’s arrival in Moscow in the autumn of 1948 as the first Israeli ambassador to the USSR. On her visit to a Moscow synagogue on Yom Kippur, thousands of people lined the streets, many of them shouting Am Yisroel chai (‘The people of Israel live!’)—a traditional affirmation of national renewal to Jews throughout the world but to Stalin a dangerous sign of ‘bourgeois Jewish nationalism’ that subverted the authority of the Soviet state.

Stalin’s response was to remove many prominent Jews from public office, albeit quietly, and send thousands to gulags where they simply disappeared. The irony is that it was the Jewish Bolsheviks who had played a very important role in the Soviet cultural revolution in the first place, however under Stalin, they were now deemed the Enemy of the People. He also made sure that any cultural references to Jewish people or the state of Israel would be shut down, including museums and cultural centres.

Much like Stalin, Corbyn detests anything that is linked with Western democracy, and it is unfortunate for the Jews that they are a scapegoat now as much as in Stalin’s day.