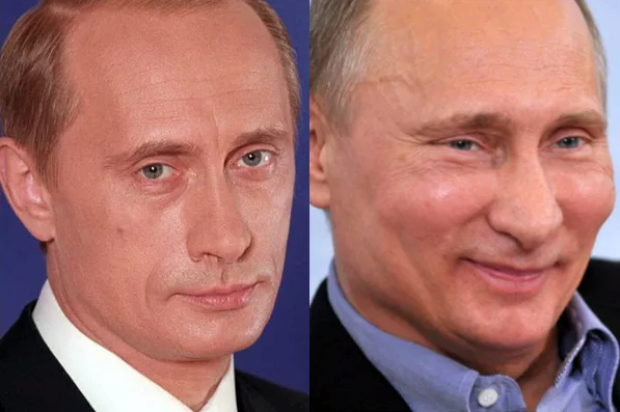 Who would have thought, the supreme Vlad, has won another election. Much like Robert Mugabe, no doubt the Russians are keen followers of the Zimbabwe election winning technique during the ‘good old days’.

To celebrate, the Russian leader has gone to town with some extra botox sessions to puff out his face further.

Putin’s clinic is of course sworn to secrecy, but the pictures do not lie. The Russian despot’s eyebags now make his face look so puffed up, he resembles a smiling Cheshire cat in every photo.

“Along with his glass of polonium which he drinks every day, our supreme leader, Czar Puto, undergoes botox treatment for his face. He looks wonderful afterwards,” a lying official said on Tuesday.

Another official opined, “At least he doesn’t look like Jocelyn Perisset Wildenstein…..yet.”