“I’m like Kurtz. I got my men and we’re going to go AWOL in the jungle. Shoot things up, drink some tiger’s blood, kill a few buffalo with machetes and build a temple,” Mr Sheen revealed when he relayed what he was doing through a captured CB radio to CNN reporters in Hanoi city.

According to reports coming from the village of La Trine, 34 clicks out of Saigon, Sheen was spotted last week recruiting a tribe of Montegnards who were immediately enamoured by the Hollywood mad man.

“We don’t know if he’s channeling Kurtz or the crazy photographer, but Charlie’s got his own platoon out there and enough dope to last him for years. We’re talking pure hashish and opium that will make a motherf*ckin’ herd of elephants drop. None of that tainted LA crap,” Moron said.

Warner Bros have said that they want the renegade actor taken down and are now sending Chuck Lorre into the jungle to get Sheen.

“Charlie Sheen is a wanted man. We need this guy taken down with extreme prejudice. That’s what we instructed our lawyers to do but they failed so we’re gonna have to go and eliminate him ourselves,” Warner Bros. CEO, Hymie Goldblaum, told LA Weekly magazine.

When Sheen heard the news that Lorre was being sent into the jungle to “shut Charlie the f*ck up,” he said: “Bring it on! No one touches this warlock. I got my men, my p*rnstarlets and a sh*tload of drugs. We’re gonna string that boy up by his scrote, then shoot pork rinds at his head.” 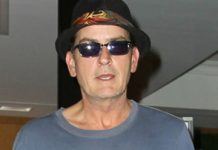 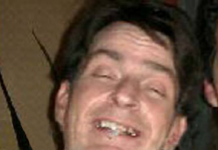