“Silvio personally ordered the changes himself. He says he wants to leave his mark on the Italian psyche forever. We then brought in the best composers and musicians so we could re-record the piece with the new Bunga Bunga chorus,” Giovanni Anjeli, Mr Berluscon’s fixer-upper told La Stampa.

Italians are firecely proud of their national anthem and as yet have not been told of the changes.

“We are sure there will be some people who do not like to hear the Bunga Bunga in the Canto Italiani but tough luck, there’s nothing they can do about it. Silvio is in charge and if he wants Bunga Bunga he gets it,” Mr Anjeli added.

The chorus will read:

The new working of the Italian national anthem will be broadcast next week on Rai Uno, and will be sung by semi-naked starlets, all bedded by Berlusconi himself. 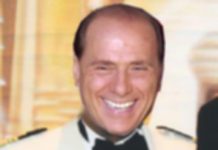 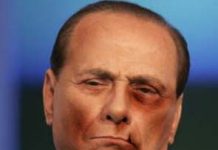