According to media reports emanating from Italy and the NATO summit in France, the Italian PM will be adopted by Italian American pop star, Madonna as her new mascot after catching her eye on news reports.

“Madonna called me up last week and said she was watching the news whilst doing one of her gruelling six hour workouts. She said she saw Berlusconi on the news making a total fool of himself and how much she liked the idea of adopting the idiot. She told me to get him immediately and any price would do. Because of her being denied another African pet maybe it would be time to look a little closer to her home roots,” Madonna’s personal assistant, Jane Vahgeina, told Reuters.

Madonna has already made preparations in her eight story Kensington mansion for the Italian prime minister.

“Madonna who will adopt her fellow Italian has already built a special salon for Silvio to play in. It will include lots of mobile phones to talk on whilst important dignitaries are waiting for him on the red carpet and a lifesize model of the Queen of England so he can shout in her ear at all times,” her press secretary revealed to the News of the World.

Italians are known for their “love of life” and are renowned for their loud, colourful personas but Silvio Berlusconi is known to transcend this stereotype in every way.

His wonderful bungling moments include telling a German MEP that he “resembled a concentration camp guard” and also complimenting Barack Obama on his “suntanned skin”.

The reaction from most Italians was encapsulated in a newspaper story quote for La Repubblica: “She can have him because frankly he’s an embarrassment to us Italians. He is more like Mr Magoo than Mr Cool.” 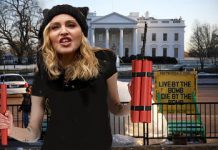 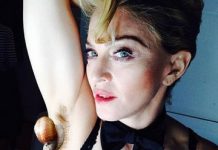 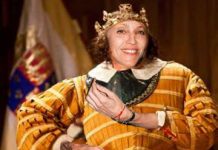