“Forget about the ‘luck of the Irish’ because if we get any ‘luckier’ we’ll disappear into the feckin’ sea,” a recently sacked Irishman opined from his cardboard box outside a cash machine in Dublin city centre.

There’s no pot of gold at the end of a rainbow guarded by a leprechaun, just a crock of shit from the IMF and European union.

Ireland has fallen on hard times, once the Irish used to be known for their uncanny ability to fall back on their feet when bad shit happened, but not anymore it seems.

“Just being born Irish used to mean you would be a lucky bastard, but not anymore. Now, if you’re Irish you want to crawl back up your mum’s leg and get away from the bad luck debt trap hell that has beset the once forward looking emerald isle,” another homeless beggar on the streets of Dublin told the BBC.

The Irish have survived wars, famines, starvation and prejudice but it seems their luck may have truly run out this time thanks to greed, stupidity and the EU. 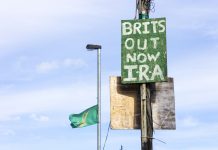 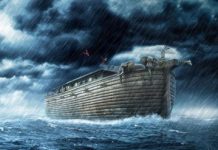 Ireland Sinks Under the Waves Torrents of Rain Apocalypse Disaster 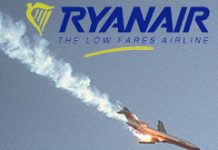 Ryanair Customers to be Mugged at Check-In