Once more unto the breach, dear friends, there is no more Mr Bean, Stalin Brown or Balls, but Comrade Vince Kable Marx is now in the house to dole out even more punishment to the rich bastards who actually work to earn their money.

“These people, if you can call them that, stole all their money from the poor by working hard. That’s why they’re rich. It is my job as Impoverishment Secretary to pauperize them to levels never before seen. We need to make it so that the welfare generation are actually richer than people who actually work for their money,” Comrade Kable Marx told a delegation of Marxist followers at the Lib Marx conference in Liverpool yesterday.

Comrade Kable Marx is committed to the destruction of the economy and capitalist business world. Since coming into office after Comrade Brown was ousted, he has proposed a multi-tier approach in reducing the wealth of the people of Soviet Britain.

“I aim to impoverish every facet of the economy. Let the ruling classes tremble at a Lib Marx
revolution. The benefits driven indolent plebes have nothing to lose but their playstations. They
have a world to win. Workshy of all countries, unite! Capitalism is dead labour, which, vampire-like, lives only by sucking
living labour, and lives the more, the more labour it sucks. After I finish with you lot, you’ll be so poor that you’ll be begging for Comrade Brown to come back,” Comrade Marx told the delegates whilst gurning inanely and drooling over the podium.

Comrade Kable Marx was then led away from the podium as applause rang down from the audience of Marxist revolutionaries. 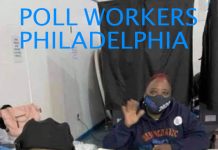 It Doesn’t Matter Who Votes. It’s Who Counts the Votes 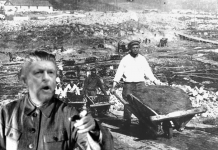 Agent Cob: “Jews in Gulags That’s How I’d Do It”