It’s another
A-level exam season and hundreds of thousands of new A grade students
are applying to universities so that they can incur huge debts when they leave and become unemployed.

“It’s the same thing every year. Universities piled high with people who have no chance of ever being employed. They may get the grades because the exams are so easy now, but their useless qualifications amount to nothing when there is no jobs market,” Roger Pratt, senior lecturer at
Munter College of High Education in Scunthorpe explains.

Coalition education officials have now found a way around the problem. Teach
‘Unemployment Studies’ as a structured three year course where students
can learn about what they can do when they hit the dole offices; what
Benefits they are entitled to and even the best ways they can queue at the dole office. After the three year course, the students are £36,500 in debt and come out straight into unemployment.

A recent graduate at Cambridge University who is now unemployed,
had this to say about the whole system: “There’s no point in working in
Britain’s post-Labour benefit culture anyway. Nothing will change under the new coalition. If you can even find work, most of the meagre
amount you make will be taxed plus you won’t get all the welfare benefits. If
you’re unemployed, they give you money, a house, a car and you won’t
have to pay any council tax or tax of any kind for that matter. The Labour created system also punishes any couples who marry, therefore it is in
your best interests to be a single parent with about 5 or 6 children.
You can then expect to be claiming over £3000 per week in benefits and
don’t forget, if you add on Incapacity Benefit you will be really raking
it in, just say you’ve got a bad back and carry a stick around with
you. No one ever checks. You won’t have to work for the rest of your
life, just sit in front of your 47 inch widescreen TV and crack open
another alcopop whilst watching the Jeremy Kyle Show. I’ve got a first
class degree in Unemployment studies at Cambridge. I acquired my degree in
Unemployment Studies in the morning and was in the dole queue by the afternoon.
It was that easy.”

Next year, we will hear the same stories again. 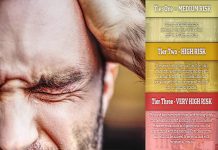 I’ve Got Tiers Rolling Down My Cheeks 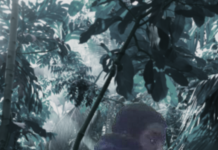