The honeymoon was over quite quickly for the two impresarios of the coalition, David Cameron and Nick Clegg; they did not mince around for long and got down to business with startling efficiency.

“Forget about watching episodes of Glee, these two took off their aprons and were dusting down parliament in no time. However, it was very apparent from the offset who was doing the fagging. Nick would get the senior, Cameron’s toast, spongebags, and slippers ready in the morning, as well as spit shine the older boy’s shoes to an immaculate state. When it came to official business, Nick would stay in the shadows whilst the head boy would get up on the podium like a good prefect and thwack away at the oiks trying to get a word in edge ways,” Tory Foreign Secretary, William Hague revealed to the Sunday Telegraph yesterday.

As for the Tory backbench rebels trying to ruffle the feathers of the Brokeback Boys, it has been revealed that David Davis is just annoyed that things are swinging a little far to the left.

“We want in on the fun. Why do these Brokeback Coalition Boys get to have all the fun? I went to Eton as well you know,” Mr Davis was overheard saying in a London wine bar. 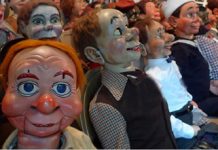 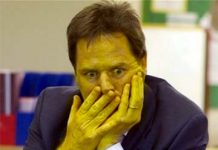 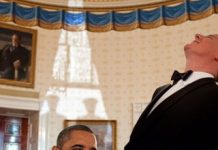