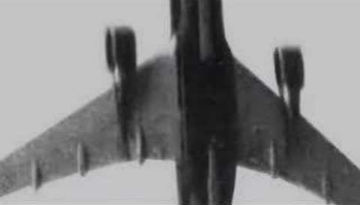 The fact that a bunch of Saudi guys who could barely land a Piper training plane controlled extremely complex 767 commercial jets conducting extreme manoeuvres at high speeds that would challenge the most experienced pilots in the world is neither here nor there.

We must also ignore the anomalies present when examining the underside of the grey plane that hit WTC2, those big bulges are certainly not features of any commercial 767 jet.

Why stop there, a 767 jet fit into a tiny hole in the Pentagon and punched through four or five layers of concrete and reinforced steel leaving no trace of the wings? There is of course no footage of this event or evidence of a plane.

Don’t forget the obvious demolition of WTC7, which did not have a scratch on it, or the complete lack of scrambling jet fighters giving a clear run for three ‘hijacked’ planes.

The most fantastic part of this escapade a la Northwoods, was the president sitting around reading My Pet Goat. Here was a man notified that America was under attack, but chose to sit in a class and do nothing, except for smirk.

We will sadly never know what happened to the passengers who were supposedly ‘hijacked’.

Thankfully, the operation played out just like the Pearl Harbour event that was needed in the PNAC.

We were soon at war with Iraq and the wonderful War on Terror had begun, or shall we call it the War of Perpetual Terror where our already limited rights were stomped on and erased.

Ah, it’s September 11 again, a great day to remember, when the beginnings of World War III began, and are continuing to this day, until we get to the real meat and potatoes.