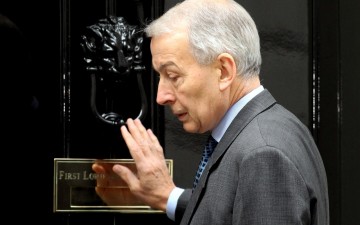 In his first major intervention in the EU referendum campaign, Field argues that Jeremy Corbyn’s position on the EU risks further undermining the already strained relationship between the party leadership and traditional Labour voters.

“This will be the second longest suicide note in Labour’s history – the longest being Michael Foot’s 1983 manifesto. It is a suicide note because Jeremy’s new pro-EU stance will drive another huge tranche of Labour voters over to UKIP as the only way they have of gaining a clear representation of their views on Europe.’

“The last thing Jeremy needs to do is to undermine further the traditional Labour vote, much of which wishes to leave the European Union. For the Party leader more actively to campaign for the Remain campaign will push even more Labour voters into the arms of UKIP.”

“The level of immigration is already a major issue for traditional Labour supporters, and never more so for those in lower paid jobs.’

“Our open door policy, which began under Tony Blair, has pushed down wages at the bottom of the labour market. It has increased the queues for health services and even more so for homes. And it prevents ever more parents from gaining a school of their choice for their children.’

Criticising the Labour party’s refusal to engage with the issues that really concern its members, he said:

“The European referendum holds out an untold danger if another swathe of Labour voters depart to UKIP – who they see registering more effectively their own sense of national well being and destiny. Whatever the referendum result, June 23rd holds huge danger for Labour remaining the contender for power.”