Ministers from the Third Church of Adventist Jehovah’s Baptists Tri-Catholic Presbyterians in Westwood, West Los Angeles have told of their joy after the church’s leader saw Michael Jackson in a vision after he sadly passed away yesterday.

Reverend J. L. Amarillo Sharpton, who preaches to the congregation every day, told of his visions of Jackson: “I saw Michael, he was in heaven all dressed in sparkling white. There was a big smile on his face because he knew he was free at last. He was surrounded by little boy angels and they all had bottles of..Jesus Juice! Over upon yonder, Jesus joined Michael and his flock and they both drank the Jesus Juice. And then a flock of Catholic priests joined Jackson and Jesus all smiling and drinking Jesus Juice. It was a beautiful sight, something that has brought joy into my Christian heart. Praise be to him and may he rest in peace. He is certainly with good company.”

After Reverend Amarillo Sharpton conducted the Lords prayer and his sermon to the assembled congregation, there was dancing and singing from the holy book of Thriller.

At the end of the singing, the holy Jesus Juice was brought out and everyone drank plenty from the holy cup.

We all can rest assured that Michael Jackson is at peace now and in a place where he can enjoy himself thoroughly without any creditors or paparazzis trying to get him. 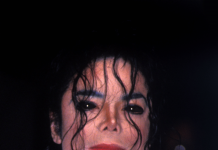 Shock as Michael Jackson Revealed to be Paedophile 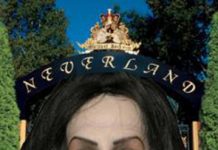 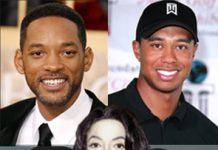