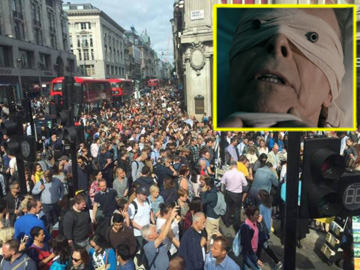 One way of missing a tube strike is death, and David Bowie succeeded in not enduring the misery of a London Underground tube strike.

The fact that Bowie lived in New York city is neither here nor there, but if he did still live in London, he would have missed it.

While we’re on the subject of missing tube strikes, let’s not forget Lemmy from Motorhead, who missed the tube strike too.

Lemmy lived in Los Angeles but you get the gist of it by now..

Keith Richards, on the other hand, well, he’ll have to endure another tube strike, he’ll be crammed in a bus somewhere between Finsbury park and Tottenham Court road, with multiple smelly armpits dangling over his feathered cap and a permanent scowl etched on his weathered face.