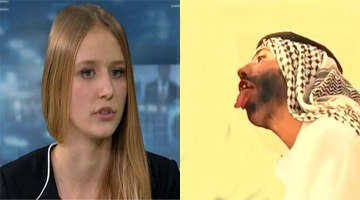 How do you thank the hard working German people?

By flooding their streets, their towns with millions of angry young Arab and North African male economic migrant thugs.

Germans voted for Merkel, and this is what they got.

Beautiful Aryan Fräulein, the epitome of good breeding, soiled and defiled by the uncouth savagery of the lecherous peasants and field workers, economic migrants streaming across the border, the rapes and molestations not reported by the media on orders from Merkel herself.

Welcome said Merkel, and they came by the million.

The gravity of this migratory mistake is a gift that keeps giving to the far right, and it is to this end, that as Merkel and her mistake-ridden party will eventually exit, someone will replace her who is not as forgiving or naive.

In the wings they await their chance, for the Reich has been invigorated by the Soviet trained former East-German Merkel, she must remember this throughout her remaining days, of how she stoked the fires of the far right in Europe once again by sacrificing her own people to the muddy waters of mass migration.

What will follow will be an eventual purge of undesirables, as history is a witness, the core of the German people never changes.