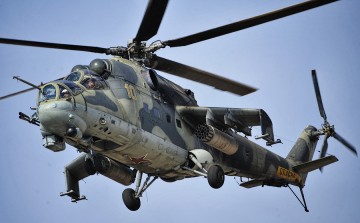 “The Iraqi Defence Committee Chairman wants a bigger role for Russia in Iraq than the Americans, and this obviously is an ominous note in the continued U.S. defeat being compounded in the region.

“Not only have the Russians taken Syria but now Iraq is on the map, as they clean up the mess the Obama administration has left.

“When Russia embeds itself in both of these countries, they will have gained territory that America sought with two unsuccessful wars, and the Russians do not hide in their billion dollar bases either, they are very active in enforcing their rule.

“America is too late and has been sidelined, a former power now nothing more than an observer, as they see their claimed territory taken by the Russians.

“Turkey’s role will also be severely impacted as it will now have Russia above it and to the sides, in Syria and Greece, who are complicit with Russia. Unfortunately for the Turks they are now surrounded by Russians thanks to American inadequacy.

“Because of the obama administration’s languorous and lackadaisical inaction, Russia is completing the job the Americans should have completed, and they are claiming the ground, as well as hearts and minds in the region.

“Russia is firmly aligned with the Shiite portion of the population with the full support of Iran, Syria’s Assad and Iraqi Shia government.

“The chess game moves from fast to slow to fast, intermittently changing tactical nuances affect outcomes, but could the game be turned around somehow? Could the Americans be drawing the Russian bears out of their caves? By steaming in like he has, maybe Putin has exposed himself, he has been drawn out, and this move, although showing force, could also be exploited by the U.S. high command.”