There are only a few months left until the American general election and John McCain is trying his utmost to stay alive so he can see it through.

GOP representatives on Tuesday were anxious to prove that their candidate has the required fighting spirit when they allowed McCain to walk 10 metres without the use of a wheelchair or respirator to make a speech in Idaho.

“He can go down at any time and we are 100% prepared for any eventualities. We even have a truck following him that carries gallons of his blood in case he needs an emergency transfusion or major surgery,” Don Wentzel, Chief Medical Officer for the McCain Emergency Team revealed to CNN on Tuesday. 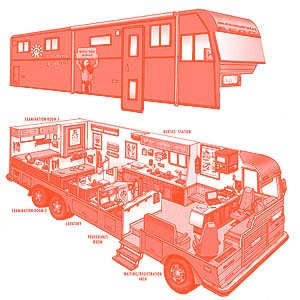 Senator John McCain, who is going to be 104 years old in August, has partial eyesight as well as limited hearing. He is still capable of walking but gets tired very easily.

His second wife who is thirty years his junior is also concerned for her husband and has urged the pensioner to slow down his campaigning to become the next president.

McCain’s campaign team is also under strict orders not to excite him in any way and never to introduce any sudden scares which could be fatal to the election.

On the campaign bus they have been playing the Bee Gees hit “Staying Alive” on a constant loop and it has now been adopted as McCain’s theme tune and is piped into venue speaker systems before he arrives.

Whether McCain will heed his wife’s warnings is another matter, but the soldier in him still has alot to fight about and he will not be stopping any time soon.