Gordon Brown will today announce at PM’s questions, the plan for thousands more graveyards to be built all over the UK to accommodate the huge increase in knifing fatalities.

Home Secretary, Jacqui Smith also announced a planned phasing down of children’s playgrounds in England and Wales due to the fact that there is less demand for them with parents keeping their remaining children, that are still alive, away.

There will be a further initiative to increase the deterrent for knife crime. Convicted murderers will not be given a verbal caution for their first murder offence as is customary but may have to do a bit of community service wearing jackets designed to be more visible to the public. Convicted knife murderers will also be further deterred of more knife slashing by having their faces published on “conviction posters”, showing their enemies that they have attained great fame for their violent ways.

“It’s a form of tagging but done the Labour way. The more these teens stab and murder the more posters we put up of their faces in public. It is a sort of fame school for teenage murderers, wherein the more stabbing the more notoriety you acquire,” Social worker for Haringey council, Ed Barlow was quoted as saying on BBC’s Newsnight. 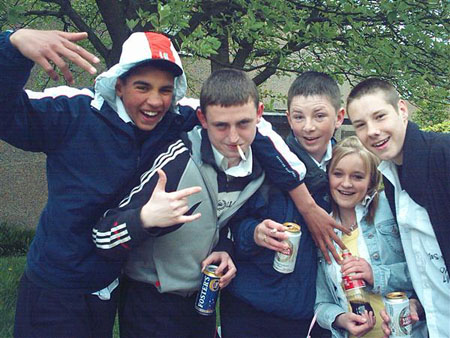 The increase in stab victims has also left mortuaries full to capacity and with waiting lists of atleast three weeks for fatal stab victims to be processed. Some councils in the Greater Manchester area are getting by with makeshift mortuaries in food depots and Tesco, always the saviour has lent a hand by accepting stab victims into their Salford meat processing warehouse until the council builds another four mortuaries.

By demolishing playgrounds and parks there will be further room to build graveyards and mortuaries under the new Labour initiative.

In the UK there are an estimated 450 stabbings per day of which an estimated 400 are fatal. Since Labour won power in 1997 there has been a remarkable increase in violent attacks in the UK despite the government’s assurance that all is well.