Luddington High Street already has three Tesco stores and a further Tesco mini store in a petrol station. With a town’s population of 300 people, Luddington has its fair share of Tesco.

Now, Tesco management have announced the opening of a further Tesco store inside one of the existing Tesco stores.

“We needed another Tesco store here so we can get more Tesco value products. It’s going to bring more jobs to the area as well, innit? Eighty percent of the town works for Tesco and now this should up it to ninety eight percent,” Sue MacGregor, 58, a resident of Luddington in Scunthorpe told the Daily Squib from her checkout desk on Thursday.

Tesco now has so many stores open in Britain that there may not be room for more stores. This has brought panic to the board of directors.

Some towns and cities are even toying with changing their names to Tesco Town or Tesco Village.

Tesco now sells everything that anyone can think of and are now even branching out to selling cut price funerals and cremations. Customers will soon be able to shop in a Tesco store and purchase a cremation in the ovens by the end of their shopping trip. Cremation ovens and chimneys will be located in the rear of all Tesco stores next to the delicatessen.

Managing Director Sir Terry Leahy spoke to the Daily Squib from his Hertfordshire mansion: “Our long term expansion vision is to open Tesco stores within all existing Tesco stores by 2009. After this we will expand upwards by opening more levels of Tesco stores until each Tesco store has more than thirty or forty Tesco mini stores within every Tesco store. We are committed to bringing diversity to our customers and the UK population, and are always looking to expand our product lines. By next year we are even establishing a Tesco funeral service where customers can look forward to Tesco Value Budget funerals costing only £12.99 including the casket and wreath. Our dedication to our customers is unrivalled within the business and now we are with every customer from birth to death.”

In the UK mainland, where there are over 15 million Tesco stores, this further expansion will indeed increase profits for Tesco shareholders and is sure to bring massive windfalls.

Under its tough but respected chief executive, Sir Terry
Leahy, Tesco is thought to account for five in every eight pounds spent
in Britain’s shops, while it has been expanding abroad rapidly. 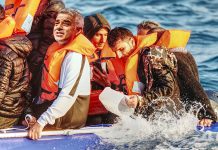 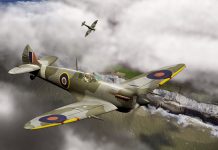