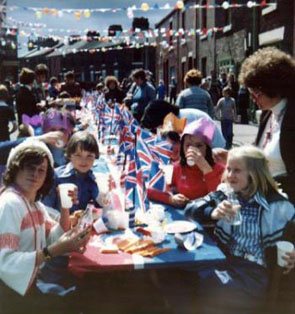 The news of the whole Labour Government being lost in the cold icy terrain of Iowa has come as a welcome piece of news for the British people and the world.

Today, across the whole of Britain there were street parties from Land’s End to John O’Groats at the wonderful news.

Buckingham Palace flew the flag at full mast and the Queen appeared at the Palace balcony to wave to the thousands of cheering revellers.

No one knows why the Labour Government was in Iowa but no one cares either.

The American President, George W Bush, did not actually know where Iowa was in the USA when asked on Fox News this morning. He was then asked whether there would be a search party sent to the region. The ailing lame-duck President was distracted by a piece of lint on his jacket catching his eye and was not able to answer coherently.

The wilds of Iowa are very inauspicious at this time of year and can reach lows of -20 c.

Ex-Prime Minister Gordon Brown and his cabinet are probably either bear food or frozen blocks of ice by now.