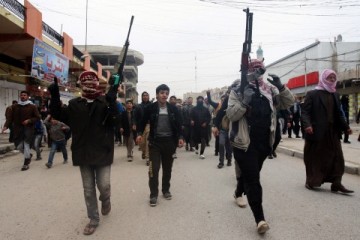 Doug Ignant, Fox News terror expert recalled some of the horrors the war correspondents had to deal with on a recent trip to Birmingham.

“We came in in a Huey, fifteen clicks from Da Trang, the gooks were shooting at us all the way down. One of our camera guys, Joey, he got hit in the ankle by a stray bullet, poor bastard never got hit before and was crying like a little baby. Then out of nowhere, shazzam, some guy appears out of a bush, maybe he was Russian, he started shouting ‘Allahu Akbar’ I said okay and gave him a Snickers. That was our guide, nice guy named Charlie Abdul, we paid him fifty British pounds, I don’t understand this Limey money, why don’t they use dollars like everybody else? We got taken under a bridge, the city centre was through some trees, but they (sic) weren’t much left, just stumps. The city was blanketed by smoke and we couldn’t hear ourselves think from the sound of 50 cal bursts and mortars. I had my morphine, a camera and a notepad, that was it.”

At this point, the Fox war correspondents were ambushed by a dozen armed Jihadists and all communication was sadly lost.

The U.S. Air Force have been searching the area from the air with no luck yet.