Home Sports Czech Out the Soccer Scene in Prague

A visit to Prague can be for many different reasons, it could be to take in the breathless scenery of the beautiful city and visiting historic buildings that are found in the Old Town or it could be to take advantage of the bustling nightlife that is on offer. Adults travelling without children may want to take the opportunity to visit one of Prague’s casinos and then maybe try your luck playing some online slots back in the hotel?

And although the city undoubtedly comes alive when the sun sets for the evening, there are still plenty of things to do throughout the day. One of those could be going to watch one of Prague’s many Soccer clubs in action.

Eastern Europe has a long list of legendary clubs that before the collapse of the Iron Curtain were shrouded in a air of mystery, the only possible viewing of any clubs East of Berlin was if they were fortunate enough to paired with the likes of Real Madrid or Liverpool in continental competition.

Thankfully though now that Europe’s borders are much more accessible, it has bought with it a rise in Soccer tourism and the city of Prague is at the forefront of a burgeoning industry that has grown over the past decade or so.

Admittedly the standard of Soccer on display might not be at the very highest level especially when compared to the likes of La Liga in Spain or the English Premier League, but the atmosphere once in the ground is one that cannot be rivalled.

Add the fact that the ticket prices are not the eye watering sums that would usually find when watching the likes of Real Madrid and Manchester United and a trip to one of Prague’s Soccer clubs does actually represent good value for money.

While one should not also forget the fact that Czech lager is some of if not the best produced in the world, so what better combination could there be then a couple of cold pints of Pilsner Urquell while taking in a game.

The name that is mainly synonymous with Soccer in this city is undoubtedly Sparta Prague, the club has been fortunate to call home to many international stars such as midfielder Tomas Rosicky and towering forward Jan Koller.

Not only have they been a production line for some of the greatest players to represent the Czech Republic international team they are also the dominant force when it comes to domestic Soccer in this country.

The club have won no fewer than 33 domestic league titles, more than any other club. However, it must also be mentioned that they have not reached the summit of the Czech First League since the 2013/14 when they last won the title.

They may be going through something of a fallow period in times of titles, not winning the league in four years is almost unheard of and it is arguably all the more galling when they have to look at their cross-city rivals celebrating success of their own.

Every big city needs a Soccer rivalry and Prague is no different, for every Sparta fan there is also a fan of Slavia also. In the 2016/17 campaign they won the Czech First League for the first time in eight years.

A win that was all the more sweeter considering that they extended the trophy drought for their arch rivals Sparta. In terms of historic wins though they have not quite managed the same level of overall success.

Slavia have been fortunate enough to win the Czech First League just 17 times in comparison to Sparta’s impressive 33. Therefore, arguably Prague’s second club are going to have a lot of work to do if they are to rule the roost in terms of trophies.

However, there is not just the rivalry between Sparta and Slavia that is offer should you decide to take in a game during your time in Prague. This hot bed of Sport also offers up the possibility to watch other classic clubs.

One that springs to mind is that of FK Dukla Prague, arguably made famous thanks to the song by British band ‘Half Man Half Biscuit’ who released the modest 1986 hit ‘All I Wanted Was A Dukla Prague Away Kit’ 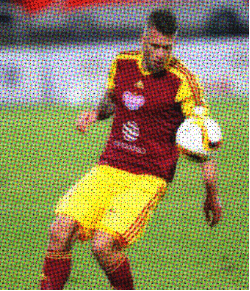 Arguably one for the Soccer hipsters, a visit to watch Dukla unfortunately is not quite what it would have been before hand. This is due to the fact that the club its original guise ceased to exist in 1996 when it merged with FC Pribram.

So here you have a choice, you can either follow the original Dukla Prague in their new legacy as they are called 1. FK Pribram, however that would mean dropping down to the second tier of Czech Soccer.

Or one the other hand if you feel you need your Dukla fix, then this is possible thanks to the club that has taken over the mantle. Although not legally recognised as the natural successor, FK Dukla Prague has gone a long way to restoring the pride that was once felt in the club.

After winning the Czech Second Division in the 2010/11 season, they have since been a mainstay in the First League, and although they do not quite get the attendance figures that Slavia and Sparta do their fans are no less passionate.

The list of options does not end their though, Bohemians 1905 should certainly not be forgotten. As the name perhaps suggests the club was started more than a century ago and although they have been a staple in Czech Soccer they have managed just a solitary league title.

One that came over 30 years ago, back in 1982/83 to be precise. Since then their maiden Czech First League title they have failed to get anywhere near being the team to beat but again they have an ardent fan base that one day hopes that they will return to the very top.

With the amount of options available to you, there is no reason not to check out a game of Soccer while embarking on your Prague visit. The only question is which team will you lending your support too?