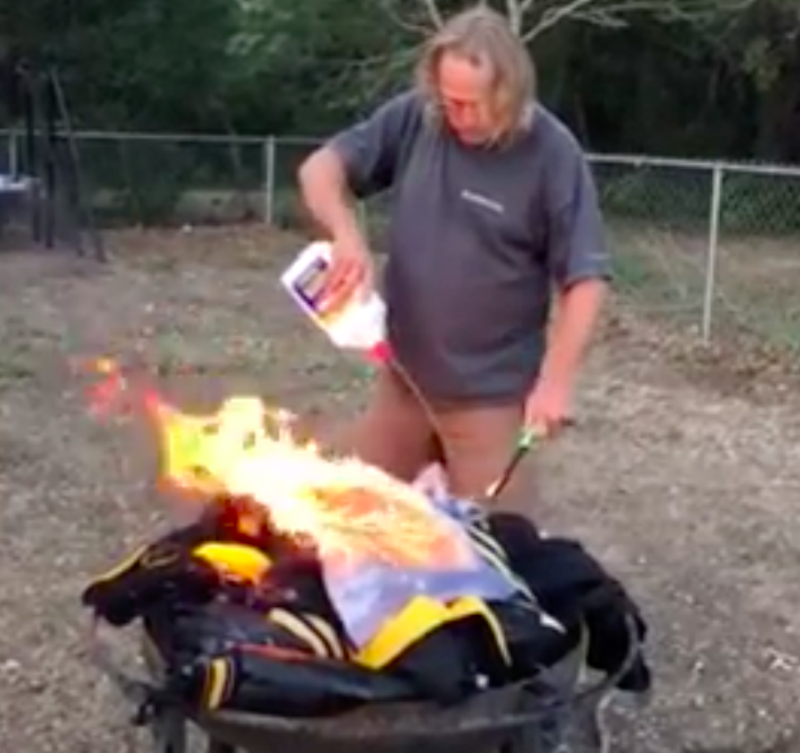 As the many protests across the United States are ongoing as disgusted NFL fans burn their expensive gear and season tickets due to multi-millionaire black players kneeling in protest during the American national anthem, the Rugby world holds out a hand of friendship to the ex-NFL fans.

It is claimed that a pupil of Rugby school, William Webb Ellis, invented the game of rugby in 1823, however this is disputed by some.

American football adopted many of the features of the game of rugby including the goal posts, the shape of the ball, and the scoring system where the ball crosses the goal post line and is touched down.

It is truly disgraceful that highly-paid members of your teams as well as NFL management have sided with a ridiculous protest, when the field should be about the game and nothing else. To disrespect the American national anthem when so many have died so that people can live under a free democracy is the biggest kick in the teeth, especially for veterans and those serving in the military today. U.S. soldiers put their lives at risk every day, not for some over-paid ungrateful idiot who cannot string a coherent sentence together, to get down on their knee and disrespect you the fans, America and all who gave their lives for the country.

This is why you should watch Rugby Union right now. They do not show disrespect when the anthem is played, and would welcome you to the sport with open arms.

Don’t forget, rugby is where American football came from, so why not go back to the real roots of the game. We welcome you with open arms.