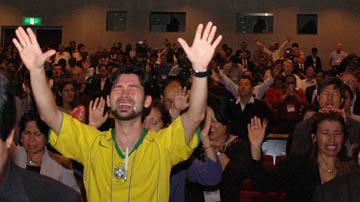 “Our studies have concluded that people who have an unquestioning belief system have thicker brain tissue than other people who have reasoning and logical abilities. The positive part of this is that if you have thicker brain tissue you are happy in ignorance because you believe in your chosen religions and do not really think of anything else, therefore you are happy because you do not think outside of your conditioning belief system. On the other hand, those who have thinner brain tissue utilise logic, reasoning and analysis which inherently leads to depression because you see the actual picture and not some rose tinted fairy tale myth,” Dr. Lucius Condor, chief scientist on the project revealed.

Their brains were then examined to determine the thickness of parts of the cortex, or outer layer.

The study concluded that realising reality can be initially slightly depressing as opposed to those who are happily drunk in ignorance and superstition.

The US team studied 4,000 people aged between 18 and 74. They were asked how important religion or spirituality were to them and how often they attended religious services.