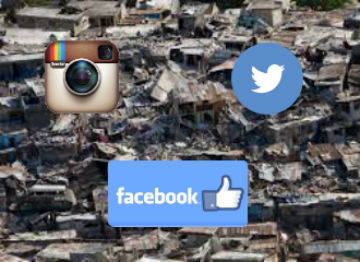 At least 34,000 people are said to have been killed in Pakistan, with 48,000 deaths reported in Afghanistan.

The magnitude 7.5 earthquake was centred in the mountainous Hindu Kush region, 75km (46 miles) south of Faizabad, the US Geological Survey reported, disrupting social media presence in the region.

Mark Zuckerberg, CEO for Facebook is calling for an urgent task force to travel to the area.

“We’re going to get some balloons up in the air relaying Facebook internet to these people. This is a matter of major importance that needs to be addressed immediately.”

One survivor, Abdul Rahim, 21, from a remote mountainous village with no running water or food was desperate to update his Instagram page but was unable to do so yesterday.

In the city of Karimabad, one man who lost six generations of his family was desperate to update his Twitter page and is making a ten day journey to neighbouring Pakistan to an internet cafe.