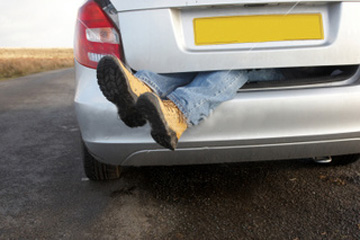 If you’ve been trussed up and bundled into the boot of a car by a bunch of gangsters from Essex, then lighting up in the boot is banned say MPs.

Luciana Swivvlestick, Shadow health minister has welcomed the Coalition government adopting the proposal she made two weeks ago into law, and smoking will finally be banned in car trunks .

The shadow health minister Luciana Swivvlestick said: “This is a great victory for those who get stuffed into car boots by the hundreds of thousands every year. It is a matter of protection.”

A Department of Health spokesman said: “If you’re in the boot of a car being rushed off to some forest clearing by some not very nice people, you need to ensure that you are healthy. Lighting up a cigarette is detrimental to your health and frankly will not help the situation. I’m sure you would probably be crapping in your pants anyway. Give it a rest, there’s no need to light up, especially when you start thinking about what the people who put you in the boot in the first place will do to you once they drag you out of the car.”

Next week, the government proposes a ban on smoking whilst scuba diving.