These were the days of quietly spoken bearded presenters wearing woolly jumpers positioned to the far side of the screen. The presenter in question was of course Bob Harris, and the show was the Old Grey Whistle Test, but as a homage to the Japanese band performing, a stagehand had changed the R to an L.

The seventies, eighties and parts of the nineties actually had real musicians performing music with actual melody as well as skill. These days there is no such thing celebrated as musicianship but template music created by the thousand every year on the same linear software as everyone else. The charts today are filled with nothing but repetitive banal detritus, R’n’B, autotune lyrics where everyone sounds the same, and no musical skill whatsoever is required to release a track into the sewer that is the charts these days.

The Sadistic Mika Band certainly did not conform to anything that is around today, and in 1975 were as tight as a nun’s chuff when it came down to musicality. The singer Mika Fukui sauntered onto stage just before the second song began, carrying a Polaroid camera. She casually snapped away at the band as they played before shimmying around sexily. The Sadistic Mika Band received the sadistic part in their name from the singer herself, as she had the propensity to blurt out certain hard truths to people without even thinking about what she said.

Masayoshi Takanaka is a celebrated guitarist in Japan still to this day, but unfortunately the real Mika disappeared into obscurity some time during the eighties. 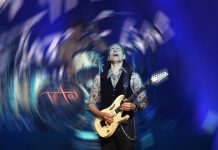 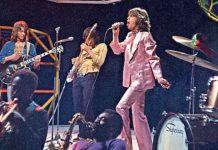 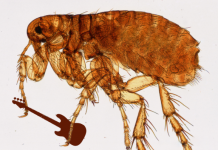