It was meant to be a pleasant FA Cup Final but instead there was a lot of nasty booing from Liverpool fans of Prince Willy and the British national anthem. There is a perfectly good explanation for all of the bitter booing nonsense and the Liverpool fans explained it very well after the game.

“Stop geggin’ in! We booed that posh gobshite coont Prince William and the national anthem because we have officially twinned with Moscow, Russia and hate England. It’s not only the treatment we perceive to have received about the Hillsborough disaster but also the way Liverpool has been treated with poor funding from the southern buggers. Eeyar I just nicked your fookin’ watch. G’wed what are you going to do about it? C’mon then you’se southern divvy!”

Calm down, calm down…

Another fan who was asked why he booed Prince William was equally aggressive.

“We’d rather side with Vladimir Putin than that sconner Boris Johnson. At least Putin does something even if it is killing innocent Ukrainians. He’s a do’er whereas Boris does nottin. Eeyar, I just stole your wallet whilst you were chocka you snide soft southern muppet. Ofta Asda to buy some bifters.”

The third Liverpool fan the reporter tried to interview responded with even more vitriol. According to the police report filed after the incident, the Liverpool fan kicked the reporter in the nads as soon as he asked the first question. He then stole the reporter’s shoes, socks, trousers and jacket before running off.

After the match ended, the news team returned to their van which had been stripped of all of its wheels, windows, steering wheel, camera equipment, radio and seats. It could have been a lot worse though, instead of being in Wembley this could have happened in Liverpool where the consequences would have been much more dire. Suffice to say they got off lightly. 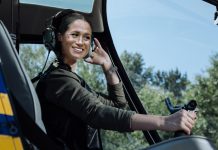