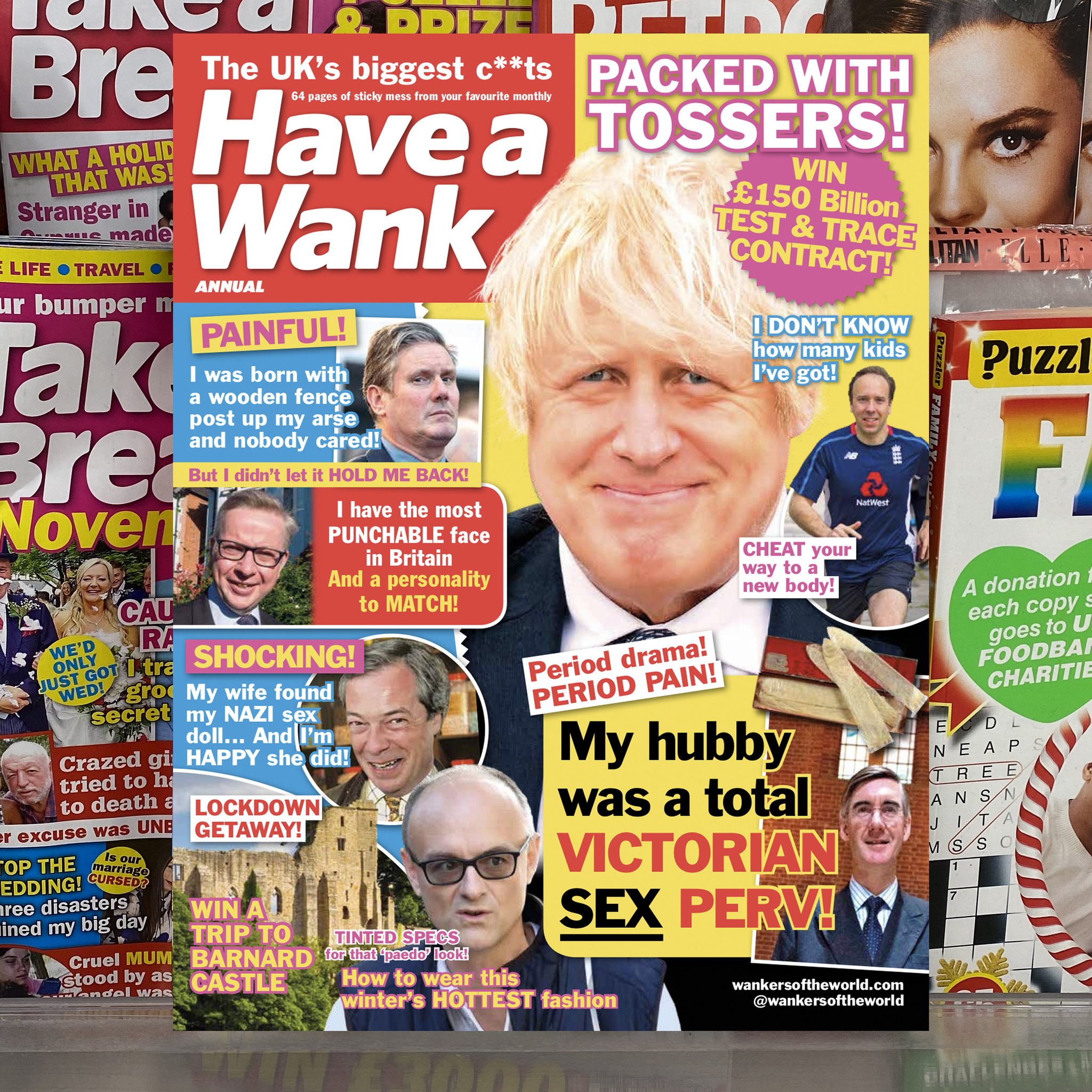 We rarely have the pleasure of reviewing such an esteemed and cultured piece of literature as “Have a Wank” by authors WOTW (Wankers of the World), but here we are, and what a wonderful, entertaining book it is.

First of all, before you open the book, be sure to wear some strong sunglasses, because the graphics resemble some sort of girl’s tabloid magazine you find in a doctor’s waiting room that may cause your eyeballs to literally melt from your face à la the Indiana Jones bad guy at the end of the film.

The “Have a Wank” magazine annual is full to the brim of the usual targets by left-leaning comedy acts. Everyone who is not a Woke neo-Marxist leftist, from the Boris administration to Brexiteers and royalists, receives a wild stroking session from the wankers. Today’s socialist eco-Tories aren’t even Conservative in any way, but that is neither here nor there when it comes to vitriol. It’s the same old echo chamber Corbynista jokes we see with frequency, an almost uniform homogeneity of similar template jokes for socialists and assorted leftists along the spectrum seen on all those back-slapping weekly news shows on the BBC performed by the same white comedian Soho private members club boyos, over, and over again ad infinitum.

All in all, this is a spectacularly well put together annual, and you can tell a lot of money and work has gone into the general template silliness of it. Perhaps you are an Islingtonian champagne socialist, you shop at Waitrose, read the Grauniad and praise the political ideology of Karl Marx at every opportunity, despite living in a £1.8 million single bedroom flat above a bijoux organic vegan food shop on Upper Street where a tomato can be purchased for £4.80 — “Have a Wank”, will be right up your superior wanker’s alley. Stroke away, and leave your mess within the pages, you deserve it.