Following the happy news, British X Factor creator Simon, 53, took to Twitter to praise his newly wed socialite wife. “Wow! I just saw my bank balance disappear down the drains,” he wrote. “All that hard work polluting the airwaves and exploiting vulnerable deluded people for huge profits now flushed down the khazi.”

A team of Silverman’s lawyers and accountants attended the wedding two weeks before the birth, and it is understood that Lauren forced Simon to sign her up with her own show as well as marry her, additionally forcing Cowell to foot the bill for the lawyer’s fees for her previous marriage’s husband.

Cowell who was estimated to be worth in excess of $500 million, can now kiss all of that goodbye. Still at least he’s still got those talented X-Factor winners on top of the charts, so no worries there. 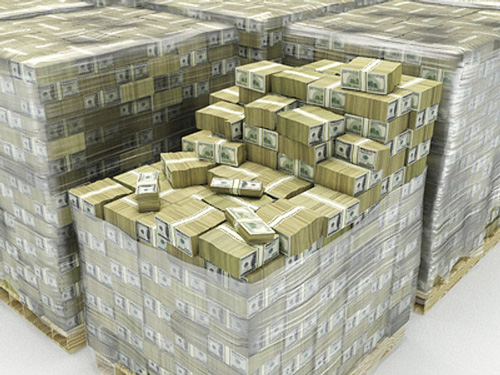