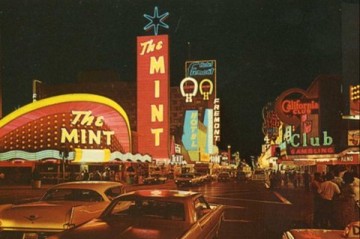 As kids, we learned about our friends from playing card games -who liked to cheat, who was the sore loser of the group, who was the most competitive – but could playing casino games in our adult years teach us even more about the personalities of our fellow players?

If you’re anything like this writer, somewhere among your childhood memories you’ll find scenes of sitting around the table as a deck of playing cards was shuffled and dealt.

Indeed, one of my favourite nostalgia flashbacks involves playing card games with my family and friends.

Like, I suspect, many of you, it started out with the basics; Old Maid, Go Fish, Hearts, even the classic childhood favourite, a simple game of Snap. When adolescence rolled around, the typical need most of us feel in our teen years to grab a taste of adult life saw the kids’ games replaced by the likes of Gin Rummy and Poker.

Cribbage and Bridge got a look in too, but for me it was always about the Poker, and not just because of the potential monetary gains to be had. The more I played, the more I realised what a fascinating insight into people and personalities could be gained simply from sitting around a table and playing cards.
You’ve probably noticed this yourself without ever actually paying much attention.

The Personality of Poker Players

Think back now to the last time you got together with your friends or relatives, either for a trip to the casino or a simple games night at home.

You can probably recall that one buddy who went into a sulk when a certain hand didn’t go his way, or the second cousin who held their cards so close to their chest, it displayed a level of privacy that skirted on the verge of paranoia.

While people may think they play differently, their natural personality comes out in how they bet, joke and banter while playing. Then there’s the aggressive, in-it-to-win-it types, the ones for whom the whole experience is pretty much useless if they don’t walk away with the winning hand.

For the most part, these are personality traits that we may not see -at least to such an extreme degree- when we’re spending time with these people in other circumstances. After all, if we did, we might perhaps question when we’re even friends with such competitive, aggressive, overly serious people in the first place.

No, for the most part, we see our friends as pretty normal, well-adjusted folks most of the time, but through them into a competitive environment, especially one where there’s a cash prize hanging over them like the proverbial carrot on a stick, and you soon start to get a glimpse into the kind of character traits even those closest to us do a pretty good job of keeping to themselves.

Of course, keeping an eye on how our fellow Poker players behave and interact isn’t just a fun social experiment, it can also have tangible benefits when it comes to experiencing the kind of peace of mind and happiness many of us crave.

Once the game is over, there’s every chance that you’ll pick up on those aggressive, competitive traits of your friends that for the longest time you’ve simply overlooked. Sure, you may still love them just the same, but as you continue your journey moving towards mindfulness, it may be a good time to examine what kind of impact these negative traits are having on you.

If that impact is detrimental, it might even be a smart move to reconsider who you’re spending the most time with, and look for those who reveal largely positive characteristics during your card game session. If you want to give it a try, check out with a online casino portal first. I have noticed it personally when playing online casino games on William Hill Vegas that things are much better and simplified that you think

Think about those players who approached your last game with a carefree attitude, who were quite happy just to be involved and took each round as it came. Doesn’t that say a lot about their approach to life in general? Doesn’t it bring to mind a phrase that’s often used simply as wise advice, but here takes on a more significant meaning?

“ It’s not the hand we’re dealt that matters, it’s how we choose to play it.”

Those who seem to play their hands with a “whatever will be, will be” attitude are surely worth spending more time with, don’t you think? Indeed, who knows what we could learn from them as we continue our on our own journey to mindful living?

Playing just for the fun of it.

Naturally, not all of us want to turn our every card game into some covert experiment in psychoanalysis, for some of us, we just want to play cards, and probably win a few bucks en route. If you’d much rather do that, you could do worse than looking for casino card games online. In my own experience, removing that face-to-face contact and replacing it with a certain level of anonymity (even if that only extends to the fact that nobody can see you behind the screen) eliminates the opportunity to really study our fellow players.

If you want to understand people better you should try to play cards with them. You will soon understand their moves, and even their strategy, which often helped me in life, business and even in love. But if you’re looking for the simple ease of playing, without complicated personalities, check out a casino site with online slots.