The new Scarface movie is an adaptation of an Oliver Stone script which he penned whilst wacked out on cocaine back in 1981.

“Say hello to my little friend”

“I wrote this script during my bad years. I needed the money and was asked to do a job about the drug trade and gangsters. I myself was doing huge amounts of cocaine during that period as was everyone else in the industry. Brian [De-Palma] approached me last year and asked if I could incorporate that script with the British pop star Amy Winehouse. I didn’t know who she was at first but after checking out her picture on google I immediately agreed to the project,” Stone told Empire magazine.

The soundtrack will revisit the electronic eighties kitsch of Giorgio Moroder but with Amy’s f*cked up slurring vocals included.

“We wanted someone who looked and talked the part. Amy Winehouse fits like a glove,” Jose Rodriguez, one of the casting directors for the movie told Empire magazine.

There are even rumours of surprise cameo appearances from Al Pacino himself, as well as gore and violence expert, Quentin Tarantino who is tipped to appear in another spectacular chainsaw scene.

“Scarface with Pacino was hardcore, but the movie with Amy Winehouse will make the first film look like a nuns tea party in a convent. We had a preview screening for a few scenes last week in the studio and many in the audience were visibly sick, some even vomited into their popcorn. We’ve also had to utilise automatic projection machines because no projectionist could last for more than three minutes watching that movie. Amy is going to win us an Oscar for this for sure. I’ve never seen Quentin Tarantino actually scared for his life, he spent a night with Amy Winehouse for research purposes — the dude was crying like a baby at the end of the night,” Stone added.

The new film starring Amy Winehouse is set for release in August of 2009 and will be distributed by Miramax. 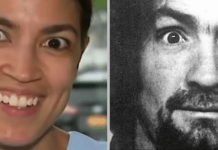 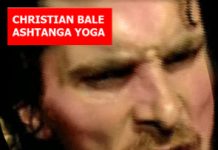