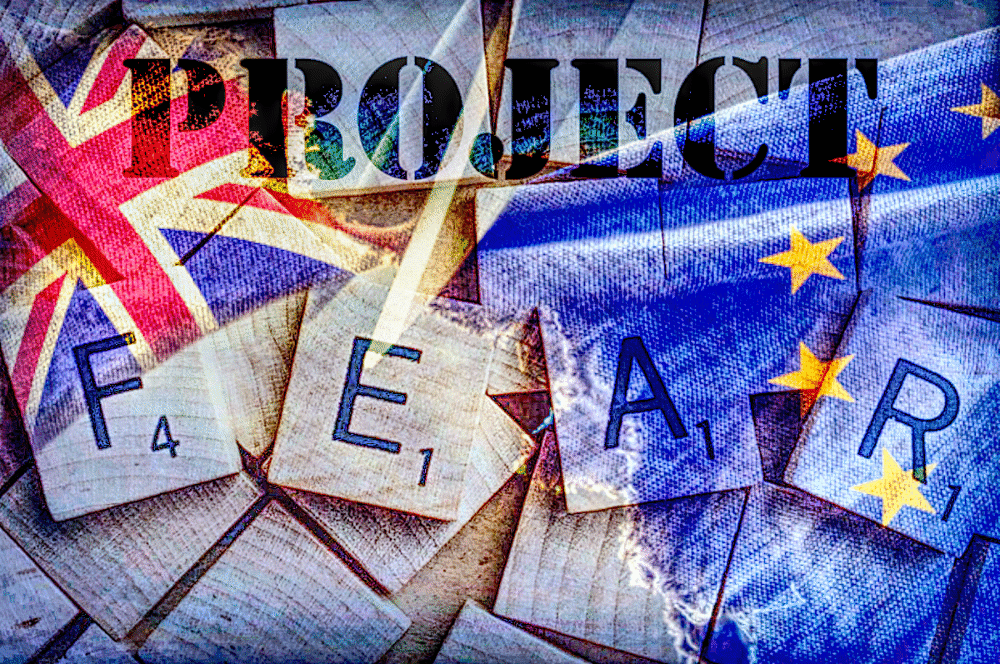 Shaun of the Dead coming soon to a city near you? Well, there won’t be zombies post-Brexit, but there’ll likely be some chaos. Stockpiling non-perishable goods and growing your own vegetables isn’t just appropriate for preparing for a zombie outbreak or apocalypse anymore.

In fact, it’s now a reality that many Brits are embracing as the potential for a no-deal “hard” Brexit approaches swiftly. Without an extension or freshly negotiated deal between Theresa May and Parliament, Brits both home and abroad are beginning to prepare for the worst come March 29th. Here’s what that looks like.

What you might think of as coming from an episode of The Walking Dead or another post-apocalyptic world is now real life for many Brits. Sales of tinned foods and instant milk have increased by 10 per cent since October in the UK according to research from Kantar World Panel, and for good reason. While we continue to approach the March 29th departure date, it’s looking more and more like a no-deal Brexit is the most likely outcome —and there are real implications beyond just the politics of the matter.

Emergency food storage has become big business for those preparing for what’s shaping up to be a chaotic departure from the EU. With so many Britons concerned about what will and won’t be available following Brexit, food storage warehouses are having to turn down new customers because they don’t have any more room. Both companies and individuals want to ensure they’ll have a stable supply of the goods they’re used to having accessible.

Sterling Up or Down?

It’s not just food that Brits are worried about either. Another top concern for many is the fate of sterling. Of all the things markets aren’t fond of, uncertainty is one of the highest on the list. Given the current climate around the future of Brexit, many are anticipating high volatility in the GBP, especially in regards to the EUR and USD. As we’ve already seen in the past, the GBP has dropped significantly when there’s lack of faith in the UK’s ability to smoothly depart from the UK. After the initial referendum in 2016, the pound dropped to a 31-year low in the foreign exchange markets.

Of course, markets are finicky when it comes to political tension, but the pound’s value has implications beyond just traders in the Square Mile. For British expats living abroad, volatility in the markets means large differences in the amount of money they get when transferring overseas via the internet. Constantly exchanging currencies can be an expensive matter and the incoming volatility is not going to make things any easier for those dealing in cross-border transfers. As if worrying about possible food shortages wasn’t enough, there’s a good chance your money won’t buy as much as it once did if you’re importing food. That’s not a good combination.

Assuming Brexit negotiations continue to go down the same path they’ve been going down, there’s no doubt that — at least at the onset — a hard Brexit is indeed going to be, well, hard. Between the possibility of significant food supply shortages, chaotic shoppers looking to quickly scoop up supplies as fast as they can, and the decline of the GBP, it’s wise to prepare for a no-deal scenario sooner rather than later.

Even with well-known Brexiteers like Jacob Rees-Mogg calling the majority of concerns political as a part of “Project Fear,” it’s difficult to ignore the signs that even if things aren’t actually falling apart, it doesn’t mean things will be easy following a no-deal Brexit. Most recently, even Nissan pulled a U-turn and decided to cancel plans in Sunderland for their X-Trail vehicles. Instead, the car manufacturer opted for production in Japan citing concerns about Brexit and the uncertainty it brings to the table amid a plethora of other factors. It’s important to note that Brexit was not a sole deciding factor and that Nissan says none of the 7,000 current jobs will be lost, but comments from Nissan Europe Chairman Gianluca de Ficchy aren’t helping Rees-Mogg’s case either:

“While we have taken this decision for business reasons, the continued uncertainty around the UK’s future relationship with the EU is not helping companies like our to plan for the future.”