“Forget about Christine Lagarde being the new head of the IMF. Who needs a woman to f*ck up the worlds economy even further than it already is? We’re backing Serge all the way. He has all the requirements for the job, and hotel chamber maids better beware. You’re under arrest, ’cause you’re the best,” Timothy Spalding, acting director for the IMF told a news conference on Friday.

Since Dominique Strauss-Kahn unceremoniously tended his resignation from jail, there has been intense speculation about the identity of the next IMF chief.

“We thought to ourselves. Who could even come close to Kahn? That’s when we did some digging and came up with Serge. He will be perfect for the IMF,” Mr Spalding told reporters.

The legend of Serge Gainsbourg in action in 1986

Even though his appointment has not quite been announced, world markets surged higher just on the mere thought of Serge bringing his poetic charms to the world’s economy. 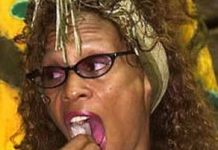 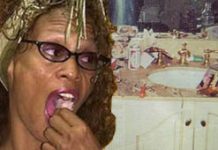 Whitney Houston’s Voice Used to Scare Away Birds at Airports