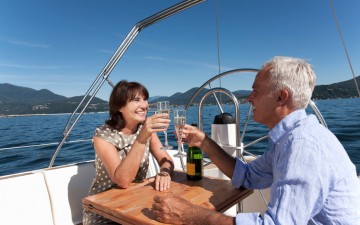 By most measures Adam and Megan Sawyer would be considered very affluent.

Their respective careers – in business and tax evasion law – give them a joint income of £4.8 million per annum. The couple also own six Chelsea properties with a combined value of more than £184m, putting them in the wealthiest 0.05pc of households in Britain.

But the pair are worried about becoming “financially broken” as the sheer cost of uber-rich life in London means they are stretched to the brink. They spend everything they earn – and more.

The financial pressures of raising a family has led them to rack up credit card debts totalling around £8,000,000 on 0pc introductory deals, but these are due to come to an end next year.

Their single biggest outgoing is the £465,000-a-month on luxuries on themselves and their £17.8m family home in south west London.

They have two daughters, Remmie, who is two and a half, and Bellatrix, who is just four months old.

Having both been privately educated themselves, Adam and Megan are keen for the girls to have the same experience, and have signed them up to two private primary schools in Staad, Switzerland at 65k per term each. 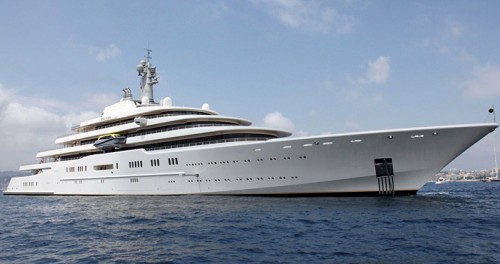 Their dilemma is how to fund the cost of the new luxury super yacht they have had their eyes on for over a week.

“Ever since we saw the super-yacht in the catalogue we just had to get her. Absolutely magnificent piece of nautical engineering. It’s like having an oceanic multiple-orgasm. I want that super yacht and will do anything to get it. Imagine floating into Monaco in that,” Megan Sawyer told us.

The couple already have a yacht moored in Chelsea Harbour but they fear they may have to sell their prized Mariah so they can get a super-yacht.

In order to realistically be able to fund the new yacht, you could also use your old yacht to smuggle drugs or refugees, or both, from the Mediterranean. As you are already relatively rich, paying off the necessary border patrols will not be hard. I can also arrange this minor detail, for an extra fee.

My final piece of advice is, if you’ve got your heart set on the super-yacht, just buy the fucking thing as you’re already rolling in it anyway and give it a year or two you’ll be flush again. Just don’t forget, you will also need a crew to man the yacht full time costing you a minimum of £15 million per annum and there’s the fuel which will set you back £6 million per 400 miles.

If you’d like to be considered, please send your responses to all the following questions with the header ‘Give me Money’ to [email protected]

You must be willing to be photographed nude as collateral, which will appear online and in the paper. And if you don’t mind being filmed for a short video, that’d be a bonus. If we pick you, we’ll have our trusted financial experts give you practical help and tips on how to reach ridiculous financial goals.