The Labour government has ensured that the bloated greed infused banking animals who chop their cocaine on boardroom tables and guzzle champagne at £25,000 a glass will have an extra pay day courtesy of even more taxpayers cash.

“Last night I snorted a kilo of charlie off a whores naked arse, she charged £10,000 an hour for the privilege. That was all paid for by the taxpayer and it actually made me enjoy it more,” a trader for HBOS told BBC News at Six reporter Rajesh Brangawallah.

Top banks who have caused the financial meltdown in the first place with their greed and recklessness are now being patted on the back for their gluttony.

The Bank of England is now announcing that all banking executives who are above all laws of economics or all law for that matter, can simply put in their expense account claims straight to the Treasury itself.

Labour ministers have told top executives that taxpayers money which used to have a limited supply to bankers would now be available more freely.

“Even though the banking institutions and greed driven executives are responsible for this unholy mess we’re in, we as Labour ministers are also to blame because of our dithering, weak lilly livered time wasting, indecisive inaction and of course our own greed and power hungry cronyism and in-fighting. To that end, it is true to say that we are all fucked,” a Labour minister working for the Treasury disclosed at Parliamentary question time to great applause.

The financial blackhole which has been plugged by the British taxpayers so that Fatcat executives can carry on with their debauchery is another indication of how downtrodden the British public is.

“I’ve ordered up five top notch whores for tonight, we will dine at London’s finest restaurants with a bill estimated at around £56,000. Then we will ensconce to a Park Lane hotel where I will snort lines off their naked bodies and be fellated by each of them in turn and sometimes three or four of them at the same time. My climax, will of course be tremendous purely at the thought of British taxpayers footing the bill, phoaargh!” Tarquin-Dickinson-Johnsons, a spread trader at Barclays told Reuters. 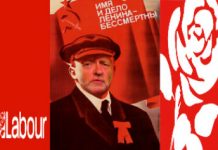 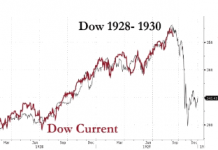