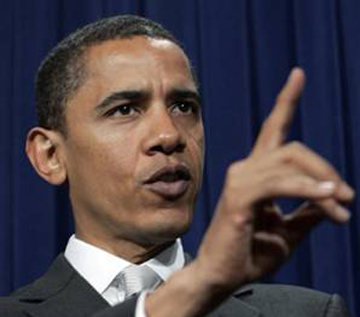 President Obama has made another anti-gun speech from Martha’s Vineyard where he is having an extended vacation.

“Guns kill people. This is why I want U.S police forces to be disarmed effective from January 2015. In the light of some cops shooting unarmed innocent children, especially the African American ones, all precincts across the United States will be told to hand in their weapons. Instead of deadly force, police forces will be told to utilise talking down techniques or reasonable force by using truncheons and their bare hands to make arrests. We must look to Great Britain, where the police are very effective in their jobs without guns. The UK model of no deadly arrest is what I am seeking for the U.S. God bless America.”

The peaceful president is also seeking to disarm U.S. military forces in 2015 citing that wars are not a good enough reason to carry guns.

“I have my deputies, Feinstein and Holder, as well as the media networks working on disarming the U.S. Military and police force. If we put our guns down, then the criminals and armies who want to make war on us will put their guns down too. Here’s to a peaceful world unarmed and less dangerous to live in. For the sake of our children, and our children’s children, no more black thugs will be shot, no more shoplifters, looters, robbers and crazed drug gang dealers. We need to love crime, only by loving criminals and invading armies, will my plan work.”

1) Disarm all police forces in America

3) All other agencies will be told to disarm including Homeland Security.

4) Education programs rolled out across world for mass disarmament, including Middle East and Russia

5) Open U.S. borders from all areas and amnesty for all illegal aliens and terrorists

6) All prisons across the U.S. to open their doors for prison amnesty on Freedom Day