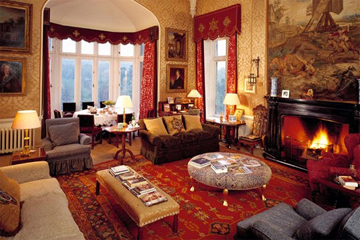 At three pm yesterday an alarm was sounded and there was a complete shut down of all palace entrances as staff and protection officers frantically searched for the Duchess of Cambridge.

Two helicopters were deployed to search the grounds of Kensington palace and a team of two hundred police officers were involved in the massive search party.

“We searched high and low but could not find her anywhere. It was rather worrying but when we were in the royal apartment’s sitting room we heard a little squeaking noise. I got the mop out thinking it was a mouse. Lo and behold, it was the duchess, she had slipped behind the sofa cushion, the poor dear,” Rosa Rouncewell, the duchess’s maid in waiting told the BBC.

The duchess was very grateful for being rescued from behind the sofa cushion and said that she had accidentally slipped behind there when trying to sit back on the sofa.

Once rescued, she was told to rest by her personal physician and was placed for safety’s sake in between a copy of Harper’s Bazaar magazine lying on the table.

Lucky for the Duchess she was found just in time for another taxpayer funded holiday with her royal husband, Prince William. Just what the doctor ordered, innit.