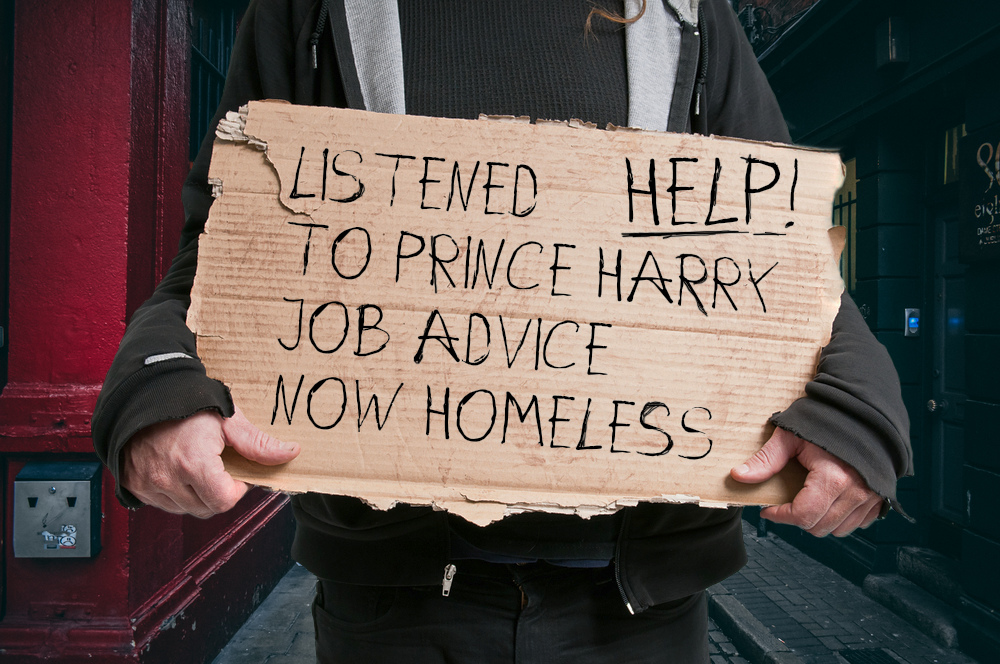 Left homeless and destitute, Joe Barry, 42, from Hornsey, North London is kicking himself for listening to Prince Harry, who urged people to leave their jobs if they did not like what they were doing.

Prince Harry, who has never had a proper job in his life, and only holds positions in useless boutique companies where he only attends once every four months to talk gobbledygook woke word salad learned from his controlling wife, is certainly not anyone who knows anything about the real world.

“I listened to Prince Harry saying I should leave my job if I’m unhappy. Well, when I did, I applied to about 500 other jobs but was rejected by all. Many businesses are going under and cannot even afford anyone new. I then started receiving bills that I could not pay. My wife left me taking everything, then the bank took the house, and I was left with a black bin bag of stuff.”

Mr Barry tried to get shelter for the homeless, but everything is full, especially over the Christmas period.

“I roam the streets all day, then at night find a shop entrance where I can bed down. I don’t have any money, so I search bins for food, and one kebab shop owner was kind enough to give me some chips. Every night before I bed down I curse Prince Harry and his pompous idiotic advice. God knows how many lives he will ruin. I should have stayed in my old job which was enough to live on.”

There is hope for Mr Barry though, he has found his way to London’s Soho district, where there are opportunities for him to make some money.